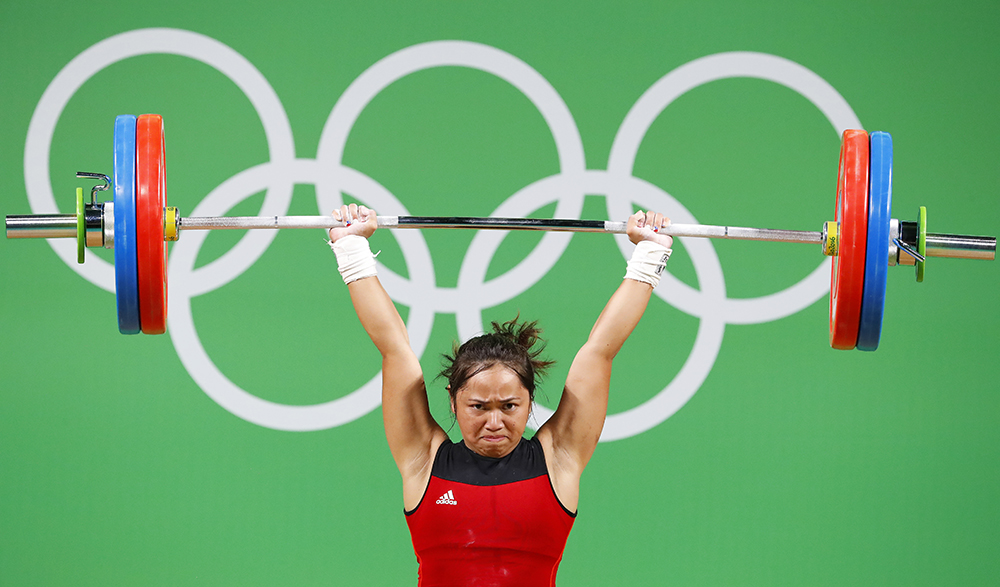 MANILA, Philippines (2nd UPDATE) – On the third try, she finally did it. And all past disappointments became worth it.

Hidilyn Diaz made history for the Philippines, ending the country’s 20-year Olympic medal drought by securing a silver medal in the women’s 53-kg weightlifting division of the 2016 Summer Games on Sunday, August 7 (Monday morning, August 8 in Manila) in Rio de Janeiro, Brazil.

Diaz, a native of Zamboanga City, became the first female athlete to win an Olympic medal for the Philippines. She was also the first Filipino to medal in weightlifting, and the first non-boxer to medal from the Philippines since 1936.

The 25-year-old, a bronze medalist in the 2015 World Weightlifting Championships and a gold medal winner in Asia, recorded a total weight of 200 kg.

In the snatch event, Diaz failed to lift two of her 3 attempts and tallied just 88 kg for 6th place in a tough field led by China and Chinese Taipei.

But Diaz, looking very comfortable and optimistic on the platform, recovered in the clean and jerk lift, successfully lifting 111 kg in the first attempt and then a 112 kg lift in her second attempt. She failed to clear 117 kg on her third attempt.

A series of unfortunate lifts befell the favored Li Yajun of China, who was a frontrunner in the snatch and was gunning for the gold. She failed to clear any of her 3 attempts at the clean and jerk, opening the door for Diaz to grab the silver instead of the bronze.

Chinese-Taipei’s Hsu Shu-Ching won the gold with a total weight of 212 kg while Korea’s Yoon Jin Hee took the bronze with 199 kg.

With this triumph, Diaz goes full circle since she first competed in the Games as a teenager – and a wildcard entry – 8 years ago.

Diaz’s road to Rio began in 2014, after a rough year of dealing with losing her trusted coach, her boyfriend, and a string of subpar performances compounded by a lifestyle she eventually deemed dissatisfying.

She picked up the pieces in 2015 and opened her mind to proper diet, strength and conditioning, and dropping body weight the proper way.

A 58-day training camp in China capped off Diaz’s preparations for these Games. Heading to Brazil, Diaz was confident and determined to make her last Olympic run count.

And now it does.

Diaz said prior to the Rio Olympics that she planned to leave the Air Force and accept a scholarship at Lindenwood University in Missouri, USA.– Rappler.com