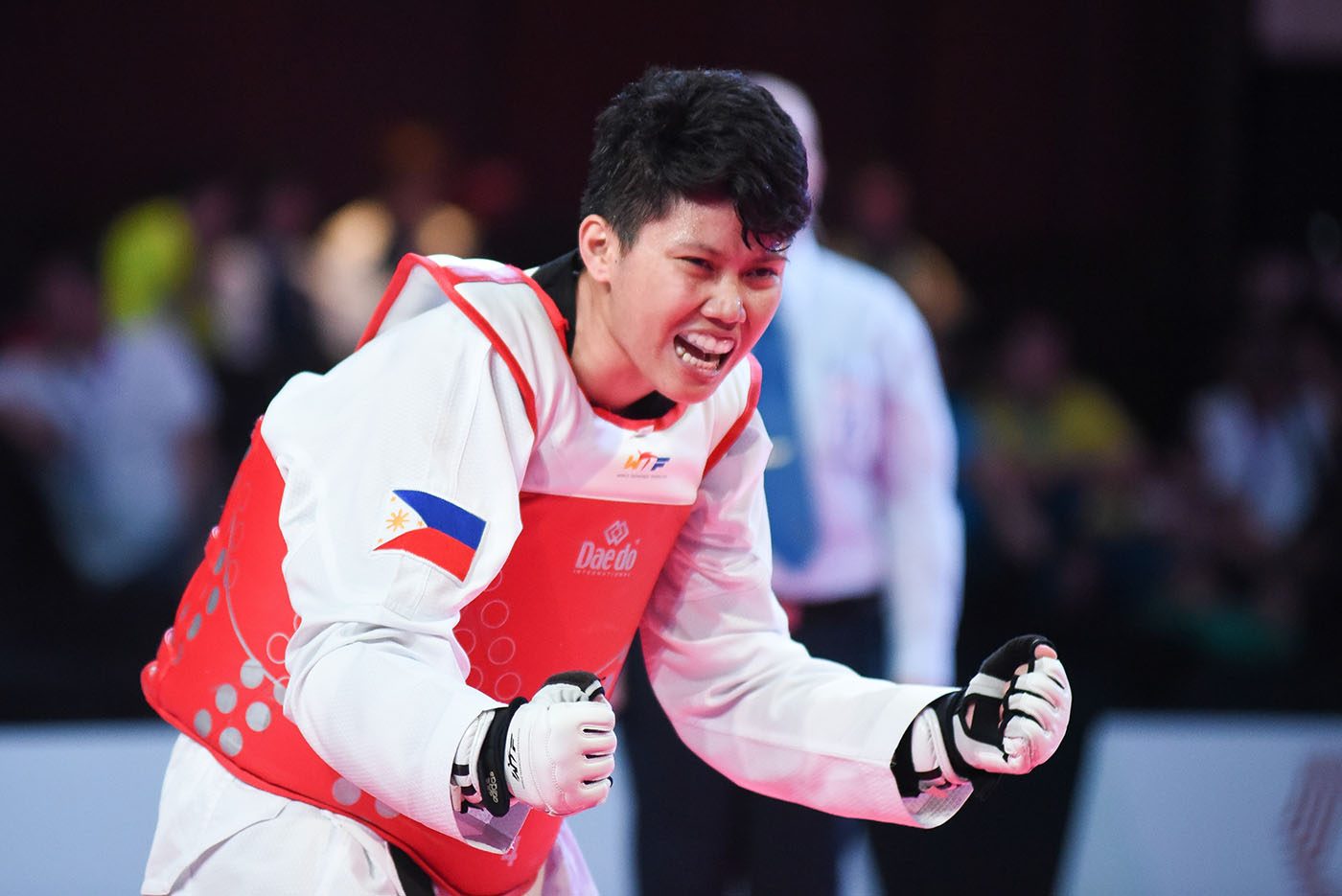 RIO DE JANEIRO, Brazil – Three days before she plunges into action, the Philippines’ only remaining bet in the 2016 Rio Olympics spent time reviewing the opposition.

Kirstie Elaine Alora of taekwondo is the only one left to carry the fight for the country. Her fellow Filipino athletes are finished with their competition schedules.

The 26-year-old Alora, bronze medalist in the 2014 Asian Games, is unfazed with Espinoza’s credentials, and is confident that she can pull it off against an opponent who doesn’t enjoy any height advantage over her.

Alora will need 3 wins to get to the finals, and that’s if gets past the number one seed in her division. Of 16 entries in the +67 kg class, the Filipina is ranked 16th.

Still, she said she’s happy with the draw.

“The taller opponents are in the lower bracket,” said Alora, referring to jins from China (number 2), Serbia (number 6) and France (number 7), who all stand above 6 feet.

At 5-foot-8, Alora is the same height as Espinoza. They’ve met once before, just after the 2008 Beijing Olympics, and the Mexican won a close fight, 2-1.

“Kaya ko yan (I can handle her),” said Alora even weeks before.

Alora has a couple chances to win a medal here and give the Philippines its best finish in the Olympics. Either she wins three straight bouts and gets to the finals or if she drops her opening match she falls into the repechages, as long as Espinoza reaches the finals.

In the repechages, Alora can land in the battle for the bronze medal. Two bronze medals are awarded in each division in taekwondo.

“The only problem is that if I land in the repechages, I will move to the lower bracket and most likely end up fighting the taller entries. That’s why I think it’s more difficult to win the bronze here than get to the finals,” she said.

“Mas maganda dito for me is to win three straight matches and get to the finals straight. I can’t lose my first match or in the semis only to face the taller ones in the repechages. I would rather go straight to the finals,” added Alora.

“If I’m not successful against Espinoza, I will only get a possible shot at the bronze medal if she goes straight to the finals,” she said.

Alora reviewed the draw sheet with his coach, Kitoy Cruz, the former finweight king in the Southeast Asian Games and veteran of the 2000 Sydney Olympics.

If Alora wins a medal of any color here, the Philippines will surpass its best finish in the Olympics of three bronze medals in 1932 in Los Angeles.

Weightlifter Hidilyn Diaz is the only one with a medal to show for Team Philippines here in Rio, a silver in the women’s 53 kg class that came 11 days ago.

Eleven other athletes have bowed out of competition, all failing to advance to the next round of their respective events

Ian Lariba of table tennis dropped her opening match to an opponent from Congo while weightlifter Nestor Colonia did not get close to the podium in the men’s 56 kg class. Swimmers Jessie Khing Lacuna and Jasmine Alkhaldi failed to get past the heats in men’s 400m freestyle and women’s 100m freestyle.

Light-flyweight Rogen Ladon lost his first match to a boxer from Colombia while lightweight Charly Suarez, another medal hope in boxing, took a narrow first-round loss to his opponent from Great Britain. Fil-Japanese judoka Kodo Nakano was overpowered by his rival from Italy in his opening match.

Golfer Miguel Tabuena struggled for three days with a hurting shoulder and broke par only in the final round, and finished 56th among 60 entries. Marathoner Mary Joy Tabal wound up 124th among 157 entries.

The other night, long jumper Marestella Torres-Sunang and Fil-American Eric Cray bowed out at the Nilton Stadium, far from their personal personal best.

Most of the Filipino athletes have flown out of Rio, and when Cray and Sunang flies home on Friday, Alora will be the only one left, along with a handful team officials. – Rappler.com