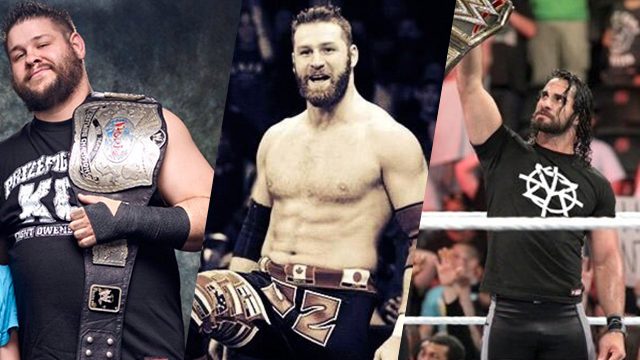 Owens has moved from the supporting card to the main event of WWE Manila on September 9 at Mall of Asia Arena, where he’ll face Sami Zayn and Seth Rollins in a Triple Threat match. Owens won the title vacated by the injured Finn Balor this past week on Raw, coming out on top of an elimination Fatal 4-way match with Rollins, Big Cass and Roman Reigns.

Balor was also set for this card before he tore the labrum in his right shoulder in his title-winning match over Rollins at SummerSlam and is expected to miss 4-to-6 months of action. Balor’s opponent Chris Jericho will now face Roman Reigns, who had been WWE champion and was the original headliner when the sports entertainment company first announced the card.

Another performer who had been listed as injured is Sasha Banks, who had been removed from live events through September 23 due to a back injury sustained in a match against Charlotte at SummerSlam. Despite that, Banks is still scheduled to face Charlotte on the event. Cesaro, who is set for a match with Sheamus for the card and also had been reportedly injured, still remained on the card.

The rest of the card remains the same as the previous update, including John Cena vs Big Show, Goldust vs Braun Strowman, Neville vs Bo Dallas with Curtis Axel, and the WWE Tag Team Championship Triple Threat Match between New Day, Gallows and Anderson, and The Shining Stars.

As always, the card remains subject to change.

Ringside ticket buyers will be able to keep the chair that they sit on as a souvenir.

Tickets can be purchased online at www.smtickets.com; by calling the SM Tickets customer hotline at +632 470 2222; or by visiting any SM Tickets outlet. Doors open up at 6 pm with the event scheduled to start at 8 pm. – Rappler.com