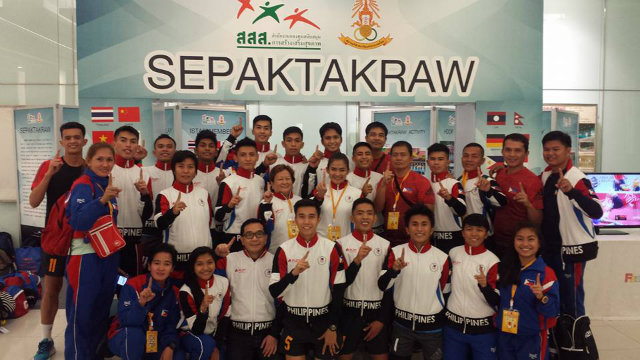 The Philippines copped gold in the men’s doubles category after overcoming world champion Thailand in the semifinal and then upsetting 2015 Southeast Asian Games gold medalist Myanmar in the final.

The Filipinos, who are set to return home on Monday, October 24, also won silver in the men’s hoop division and a bronze medal in women’s hoop play.

The King’s Cup Sepak Takraw World Championship is an annual team competition considered as the most prestigious tournament in the sport. — Rappler.com

Inspired by the wins of our local athletes to give these sports a try? Click here to have a look at the best deals we have on sports equipment that will help you practice your chosen sport.