Cray registered 50.03 seconds while Vietnam’s Quach Cong Lich finished behind him with a time of 50.05 seconds. Cray won the gold in this event and in the 100-meters during the 2015 Singapore SEA Games. 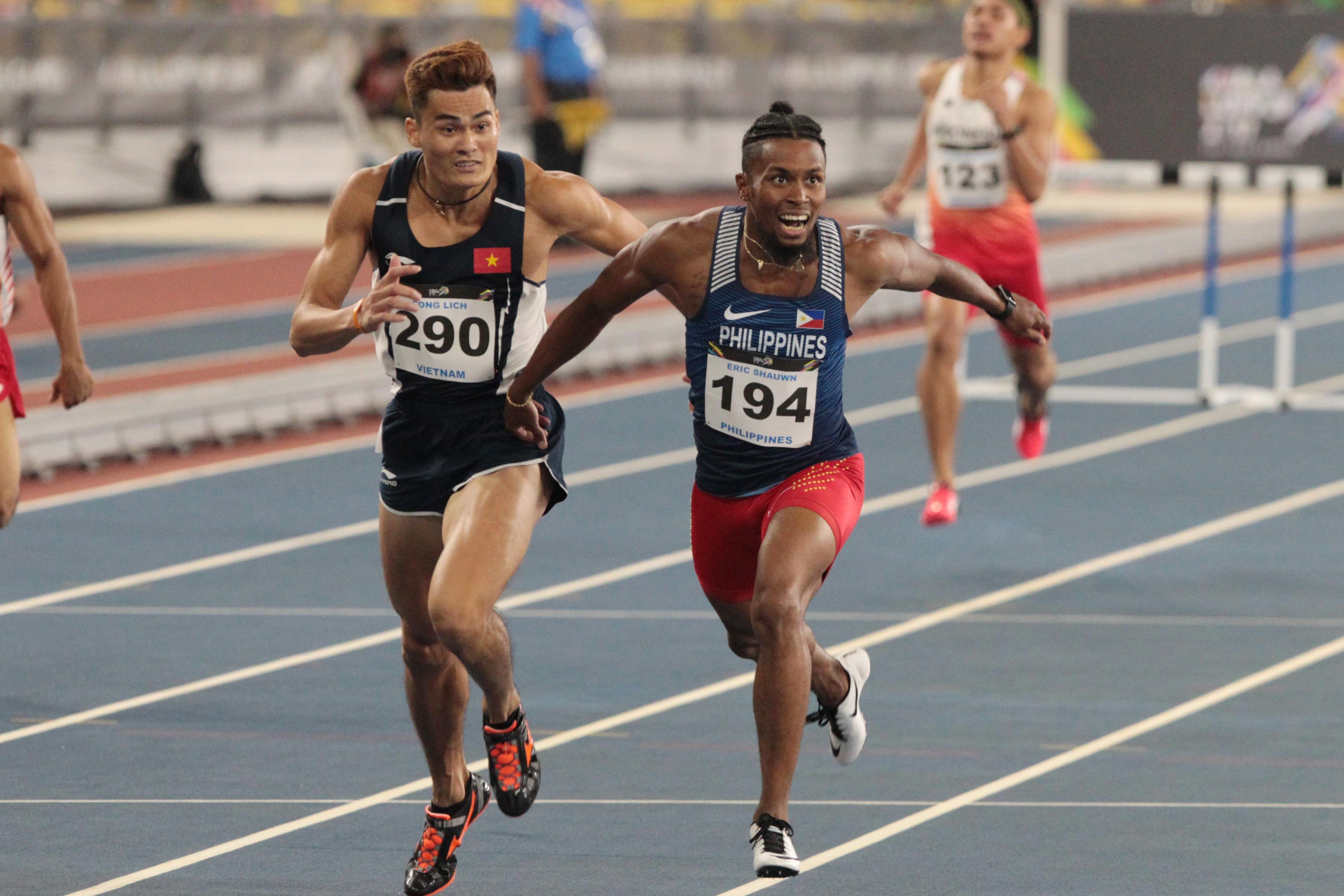 Cray lost his title as the fastest man in Southeast Asia to 19-year-old Khairul Hafiz Jantan of Malaysia, who topped the 100m in 10.37 seconds. Cray settled for the silver at 10.43 while Thailand’s Kritisada Namsuwun earned the bronze in the same time at 10.43.

Cray, 28, was the first Filipino athlete to qualify for the 2016 Olympics in Rio de Janeiro, Brazil, where he made it to the semifinals before being ousted. Cray was born in Olongapo City and went to college at the Bethune-Cookman University and University of Oklahoma. – Rappler.com