Oct 4, 2017 11:45 AM PHT
Agence France-Presse
Facebook Twitter Copy URL
Copied
The 2018 NBA Season will see the scrapping of the Eastern Conference vs Western Conference format of the All-Star game 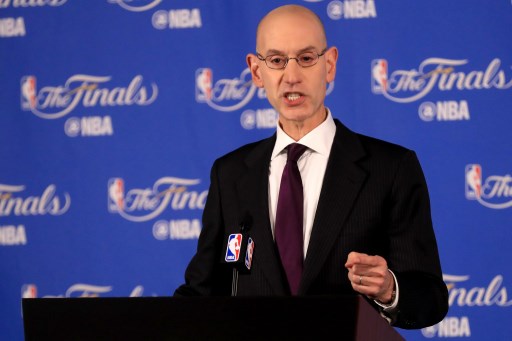 Under the changes, which were hammered out by the NBA and the National Basketball Players Association (NBPA), a captain from each conference will pick the sides from a pool of starters and reserves.

The two captains will take turns selecting players, with no regard to conference affiliation, a statement said.

The captains will be the All-Star starter from each conference who receives the most votes in a poll of fans.

The All-Star Game, which has been branded a meaningless exhibition in recent years, will take place next year at the Staples Center in Los Angeles on February 18.

“I’m thrilled with what the players and the league have done to improve the All-Star Game, which has been a priority for all of us,” said NBPA President Chris Paul of the Houston Rockets.

“We’re looking forward to putting on an entertaining show in LA.”

In another new move, the two All-Star teams will play for charity, raising money for either a Los Angeles-based non-profit or a national organization.

The All-Star Game starters and captains will be announced on January 18.

NBA commissioner Adam Silver had signalled that changes to the All-Star Game were coming after this year’s event in New Orleans, which ended in a farcical 192-182 victory for the Western Conference over the Eastern Conference.

“I promise this time that next year’s will be different,” Silver said in June.

“I think we all recognized, and we talked about it at least year’s All-Star, we’ve gotten to the point where everyone seemed to agree it needed to be more competitive.” – Rappler.com