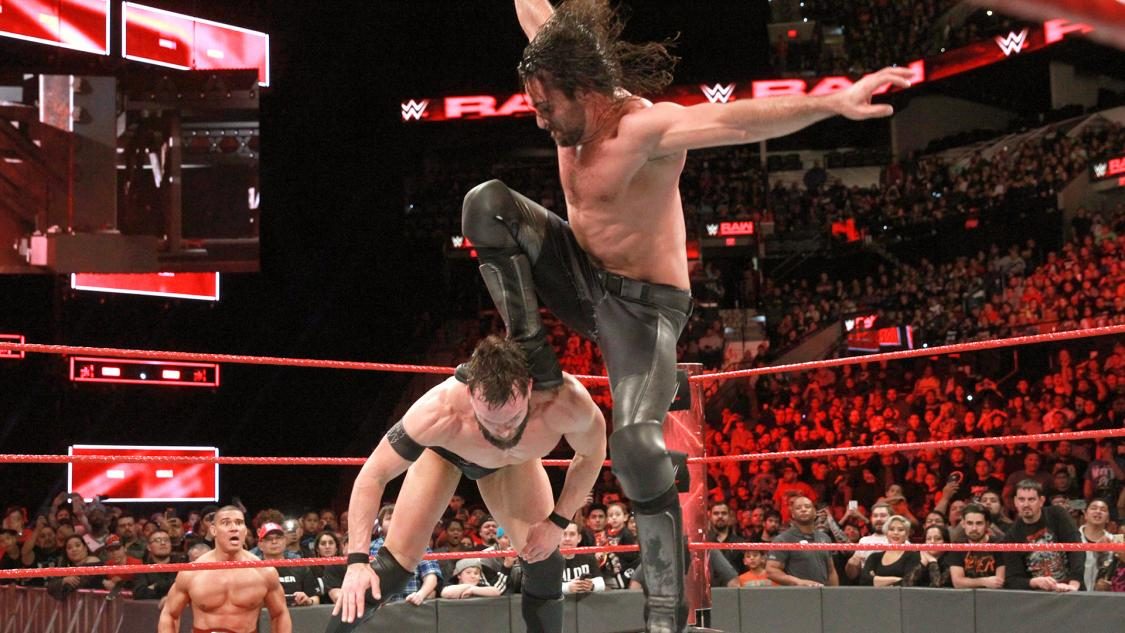 MANILA, Philippines – The biggest return to WWE so far this year wasn’t a wrestler, but a finisher.

The Curb Stomp, the move Seth Rollins used to defeat foes from his days with The Shield through his WWE champion-crowning moment, returned from a nearly two-year absence in the main event of RAW on Monday, January 15 (Tuesday Manila time), against Finn Balor.

The Curb Stomp is back, baby!

WWE management banned the move in 2015, not because it hurt performers, but that it appeared “too perceptually violent,” Rollins told Fox Sports at the time.

“It was a decision that was collectively made from a PR standpoint,” he said.

The move had been a big part of his success, and was what he used to win the WWE Championship at WrestleMania 31 in 2015, when he cashed in his Money in the Bank contract in the main event against Roman Reigns and Brock Lesnar. After the move was banned, Rollins began using the Pedigree, the finisher of his then-mentor Triple H in The Authority faction.

Perhaps the return of his finisher, which had been among the most celebrated in the industry at the time, is just the spark “The Architect” needs to build momentum as WrestleMania season approaches. – Rappler.com