May 1, 2018 2:03 PM PHT
Agence France-Presse
Facebook Twitter Copy URL
Copied
Twitter will also serve as an online venue for video from other Disney subsidiaries, including ABC and Marvel 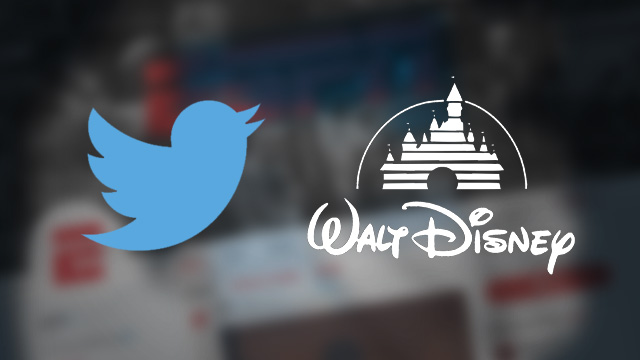 Details about which sporting events would be streamed live on Twitter were to be revealed later this week.

The partnership includes ads to accompany broadcasts, the companies said in a joint statement.

Twitter will also serve as an online venue for video from other Disney subsidiaries, including ABC and Marvel.

Video has attracted users to Twitter, and social networks have found keen online appetite for sports.

“It is the new primary vehicle driving digital experiences to grow and engage audiences.”

Twitter global vice president of revenue and content partnerships Matthew Derella called teaming up with Disney “a huge step forward in expanding the depth and breadth of video content we offer.”

Included in that mix is NBCUniversal, which will distribute live video and clips from an array of its properties, such as NBC News, MSNBC, Today, Telemundo, and E! News, Twitter said.

“In the past year, we’ve really expanded our efforts with the best publishers and content creators in the world to bring a slate of programming that reflects those diverse content interests.”

Twitter announced that daily video views have nearly doubled at the service in the past year.

Last week, Twitter reported its second consecutive quarterly profit, boosting the outlook for the messaging platform after years in the red.

The one-to-many messaging service earned $61 million in the first three months of the year, helped by strong growth in advertising revenue and modest gains in users.

Twitter stock has doubled from a year ago, when concerns were high over the service’s future.

While Twitter has built a solid core base of celebrities, politicians and journalists, it has failed to match the broader appeal of Facebook and other social media platforms, hurting its ability to bring in ad revenues.

The network has stepped up efforts to boost its user base and engagement, adding streaming video partnerships, doubling the character limit on tweets to 280 and making it easier to create “tweetstorms” by stringing messaging together.

It has also moved largely to an algorithmic-based feed using artificial intelligence that aims to deliver more tweets that drive interest and engagement. – Rappler.com