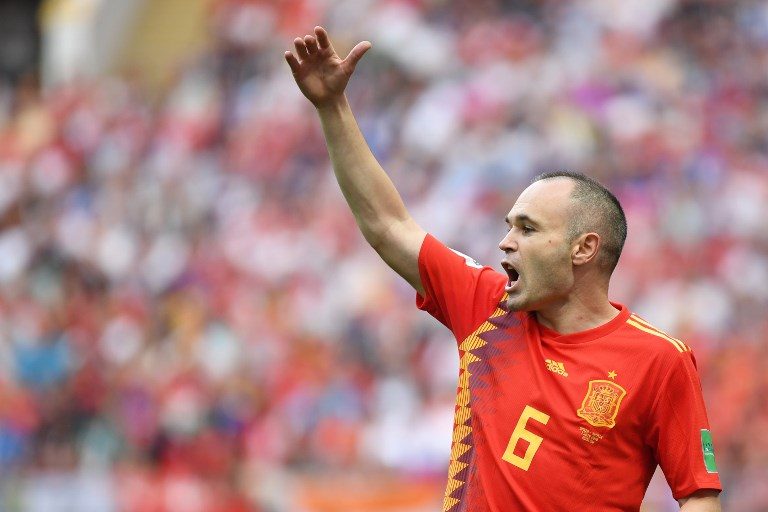 MOSCOW, Russia – Spain midfielder Andres Iniesta said Sunday, July 1, his international career had ended on a bitter note after his side was knocked out of the World Cup by Russia on penalties.

“It was not a good way to say goodbye, but football and life are like that,” said Iniesta, after his 131st and last appearance for his country.

“I am leaving with a nasty taste in the mouth. We screwed ourselves because we didn’t manage to make that extra step.”

Spain coach Fernando Hierro left 34-year-old Iniesta on the bench for the last-16 match against Russia, but he came on as a second-half substitute.

The match ended 1-1 following extra-time and Russia won 4-3 in a penalty shootout after Iago Aspas’ effort was saved by Igor Akinfeev.

Spain joined Argentina, Portugal and Germany among the big guns to have been eliminated from this World Cup, but Iniesta said he believed the future for the Spain team was bright.

“The important thing is to get back to successful ways, which isn’t always an easy thing to do. It’s harder that it might appear. But there is a new generation, we have high-level players.”

Eight years ago Iniesta scored the goal that gave Spain their first ever World Cup in South Africa.