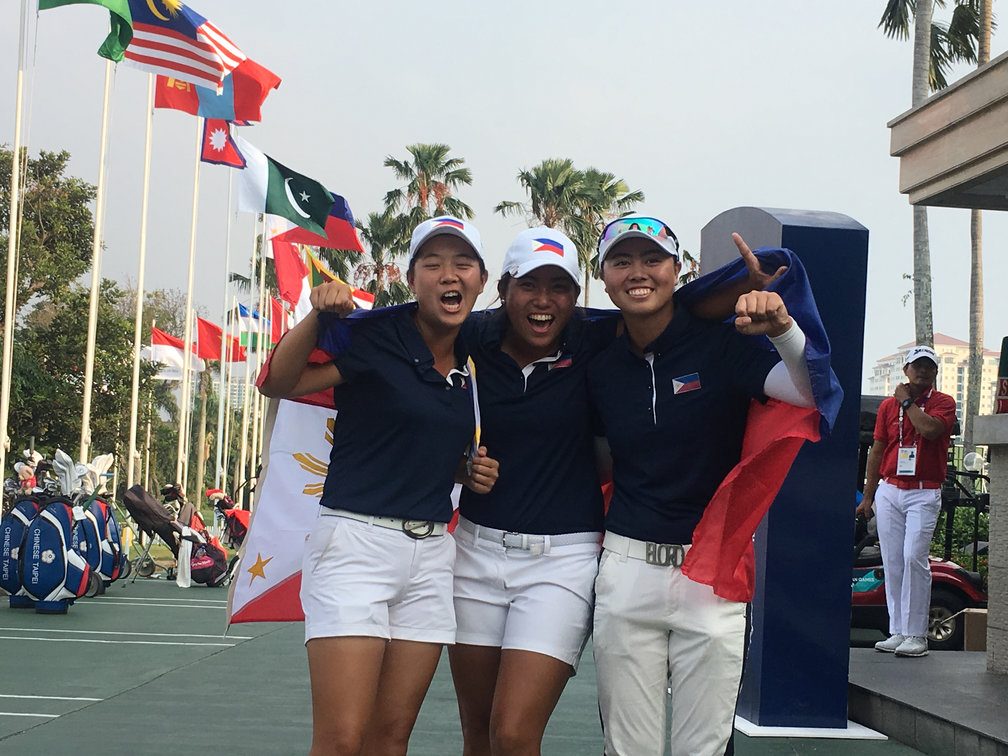 JAKARTA, Indonesia – The Philippines completed a sweep in the women’s golf tournament as the trio of Yuka Saso, Bianca Pagdanganan, Lois Kaye Go also ruled the team event in the 2018 Asian Games.

Anchored on the gold-winning performance of the 17-year-old Saso, the Philippines stunned the elite field in a dramatic finish for a 22-under 554 total. (READ: Teen golfer Yuka Saso nabs 2nd PH gold)

Pagdanganan also finished third to join Saso at the podium in the women’s indivudual event.

South Korea copped the silver medal with a 19-under 557 total, while China had an 18-under 668 to round out the top three team finishers.

With the gold on the line and three shots down entering the last hole, Saso sank a pressure-laden eagle putt from 10 feet on the par-five 18th as erstwhile leader, China’s Liu Wenbo, collapsed with a quadruple bogey on the same hole in a dramatic conclusion at the par-72, 6,252-yard layout.

With identical three-under 33s in the front nine, Saso capped her golden Asian Games debut with a four-round tally of 275, three shots better than Liu, who slumped to a 73 and settled for the silver with a 278 aggregate.

As icing on the Philippine cake, Pagdanganan came charging home with a similar six-under 66 to snatch the individual bronze medal with a combined 72-hole score of 279.

With the sterling final-round performances of Saso and Pagdanganan, along with the 17th-ranked Go, the squad rallied to lift the team championship trophy with a four-round output of 554.

In just one day, the prolific Filipina parbusters were able to contribute two golds and one bronze to the country’s overall medal tally, – Rappler.com