MANILA, Philippines – Skateboarder Margielyn Didal lived up to expectations and delivered the country’s fourth gold medal in the 2018 Asian Games.

Didal tallied 30.4 points to best Isa Kaya of Japan (25.0 points) and Bunga Nyimas of host Indonesia (19.8 points), who settled for silver and bronze, respectively, in the sport that made its debut in the Asiad.

“I am very happy I did my best. Sobra ang saya po, lalung-lalo na sa mga skateboarders natin,” said the gregarious Didal, who came up with a devil-may-care showing at the packed arena.

(I’m so happy, especially for all our skateboarders.) 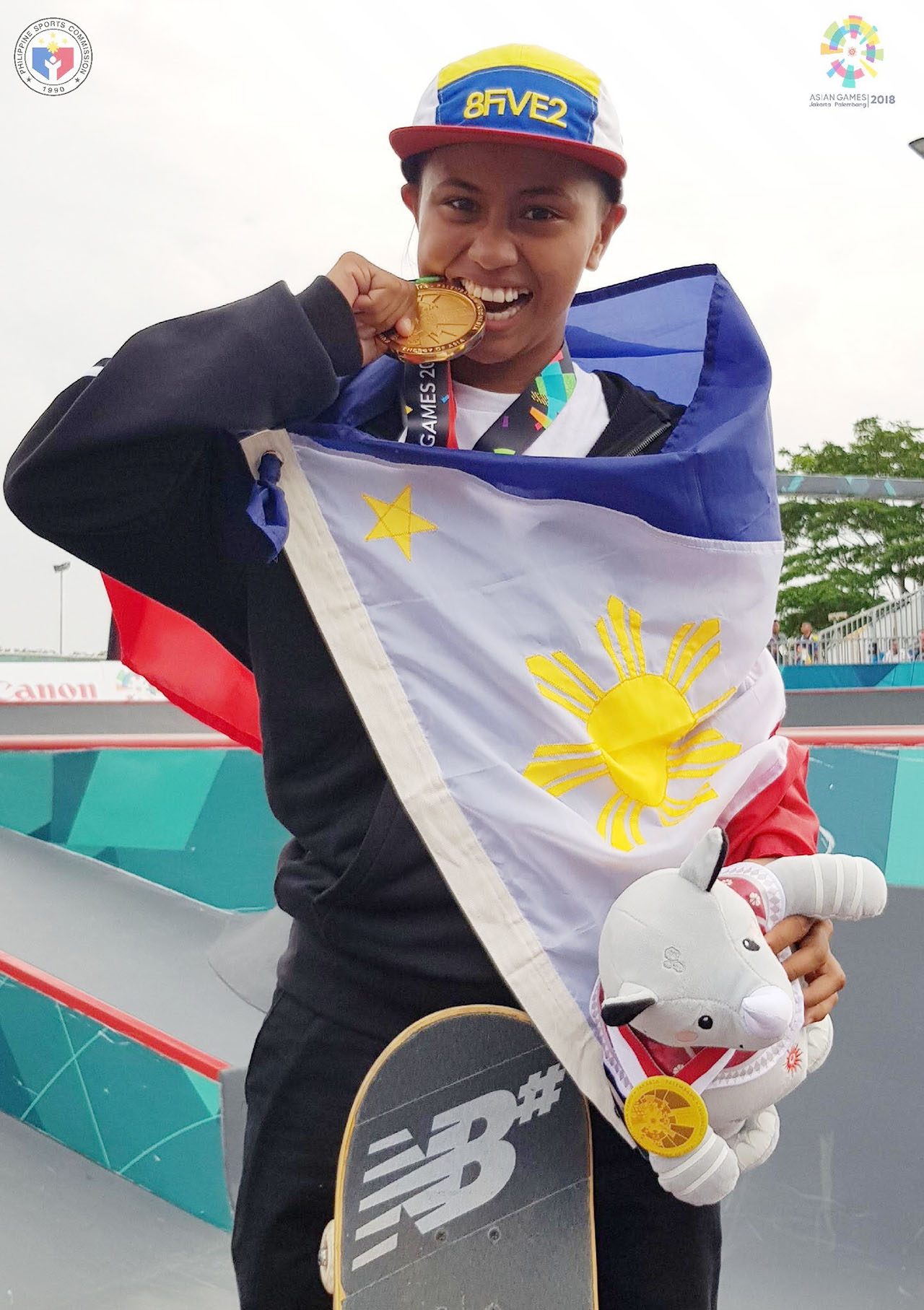 Didal, touted as a strong medal bet heading into the quadrennial meet, came off an impressive buildup for her first Asian Games apperance.

She placed eighth out of 12 in the street event of the prestigious X Games in Minneapolis last July and saw action in the Street League Skateboarding PRO Tour in London last May.

With Didal’s triumph, the Philippines moved up to 16th place in the medal tally and matched the best Asiad gold haul since 2006. – Rappler.com