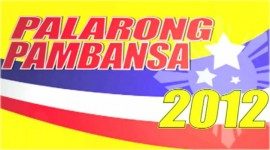 The national sports event, where elementary and secondary students from public and private schools compete in various events, will be held from May 6 to 12.

The Narciso Ramos Sports Center will play host to most of the events, while some will be held in San Carlos and Dagupan Cities, and in the towns of Bugallon and Binmaley.

An estimated 10,000 athletes, coaches, and sports officials from all the regions are expected to attend, and the DepEd has allotted an estimated P136.5 million for the games.

“Student–athletes who stand out from the Palaro serve as feeder to the National Sports Associations for further training for international competitions,” the DepEd added. – Rappler.com