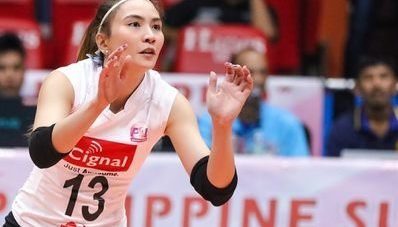 Tubino, who was part of the Cignal squad that clinched the Invitational Conference title last year, returns to spark the offense while Malaluan and Doria are tipped to provide the defensive muscle for the HD Spikers.

Rising star Mylene Paat will also be back, bringing with her tons of experience after a successful stint with the Philippine national team in the 18th Asian Games and AVC Asian Women’s Cup the past couple of months.

“We like our chances this conference. All our needs were addressed both on offense and defense,” said Barroga, adding that their new recruits are still in the process of brushing up with their system.

“Right now, we’re working on our chemistry inside and outside the court. As much as possible, we need a little more practice time with them so they can study our system and get into the flow of the team.”

Last year, the HD Spikers pulled off a stunner when they paraded a solid roster built around veterans Gonzaga, Daquis and Tubino, the 3 players largely credited for the success of the Philippine Army.

Cignal, which was still under George Pascua, finished with a bronze behind Petron and F2 Logistics, who figured in a dramatic finals showdown.

Barroga said they want to at least match their performance in 2017.

“We’re slowly completing the pieces. It’s now a matter of making them work together,” he said, bracing for a tough battle in this tourney.

“Our goal this year is to match or surpass what we’ve accomplished last year. I know it’s not going to be easy, but I’m confident that the girls will all work hard to get it.” – Rappler.com