Nov 6, 2018 2:16 AM PHT
Agence France-Presse
Facebook Twitter Copy URL
Copied
The Spaniard describes his season as 'very good in terms of tennis when I was able to play and very bad in terms of injuries' 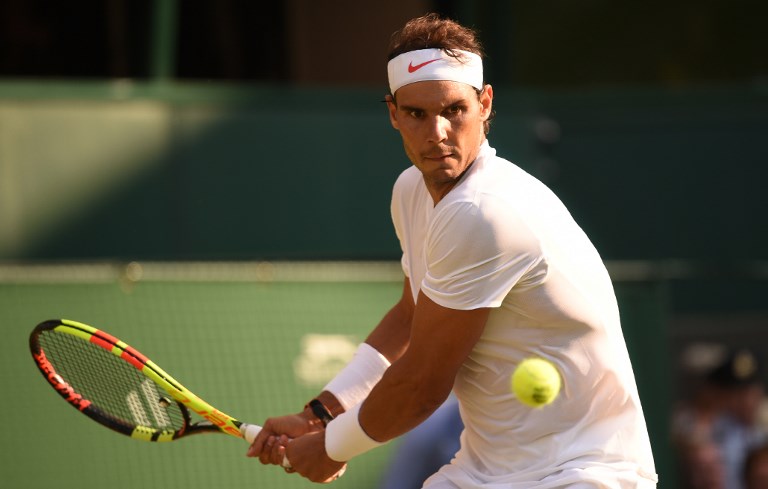 MADRID, Spain – Rafael Nadal confirmed on Monday, November 5, he will miss the ATP Finals in London this month and that his season is over due to injury.

Nadal said he needed an operation on his right ankle and is also yet to recover from the abdominal problem that kept him out of the Paris Masters last week.

It means Novak Djokovic is guaranteed to end the year top of the world rankings while John Isner, the world No. 10, comes into the field for the ATP Finals on Sunday, November 11.

“I am writing to you to signal the end of the season,” Nadal said. “It has been a complicated year, very good in terms of tennis when I was able to play and very bad in terms of injuries.”

The 32-year-old won a record-extending 11th French Open title in June and reached the semifinals both at Wimbledon and the US Open.

He was forced to retire midway through his US Open semifinal with Juan Martin Del Potro in September due to pain in his right knee and has not been able to play a competitive match since.

“I have done everything possible to reach the end of the season in good condition, both in Paris and London, and I really wanted to play,” Nadal added.

On his ankle problem, he said: “It is true that we knew about it for a long time and from time to time it bothered me.”

“Since the problem in my abdominal muscle also prevents me from playing in London, we have decided to take advantage of the moment … and avoid future problems.”

“In this way, I hope to be in full condition for the next season.”

Djokovic finished runner-up at the Paris Masters after losing to Karan Khachanov on Sunday but still returned to No. 1 in the rankings for the first time since 2016.

Without Nadal, the Serb will be the clear favorite at the ATP Finals, for which the draw will be made later on Monday. – Rappler.com