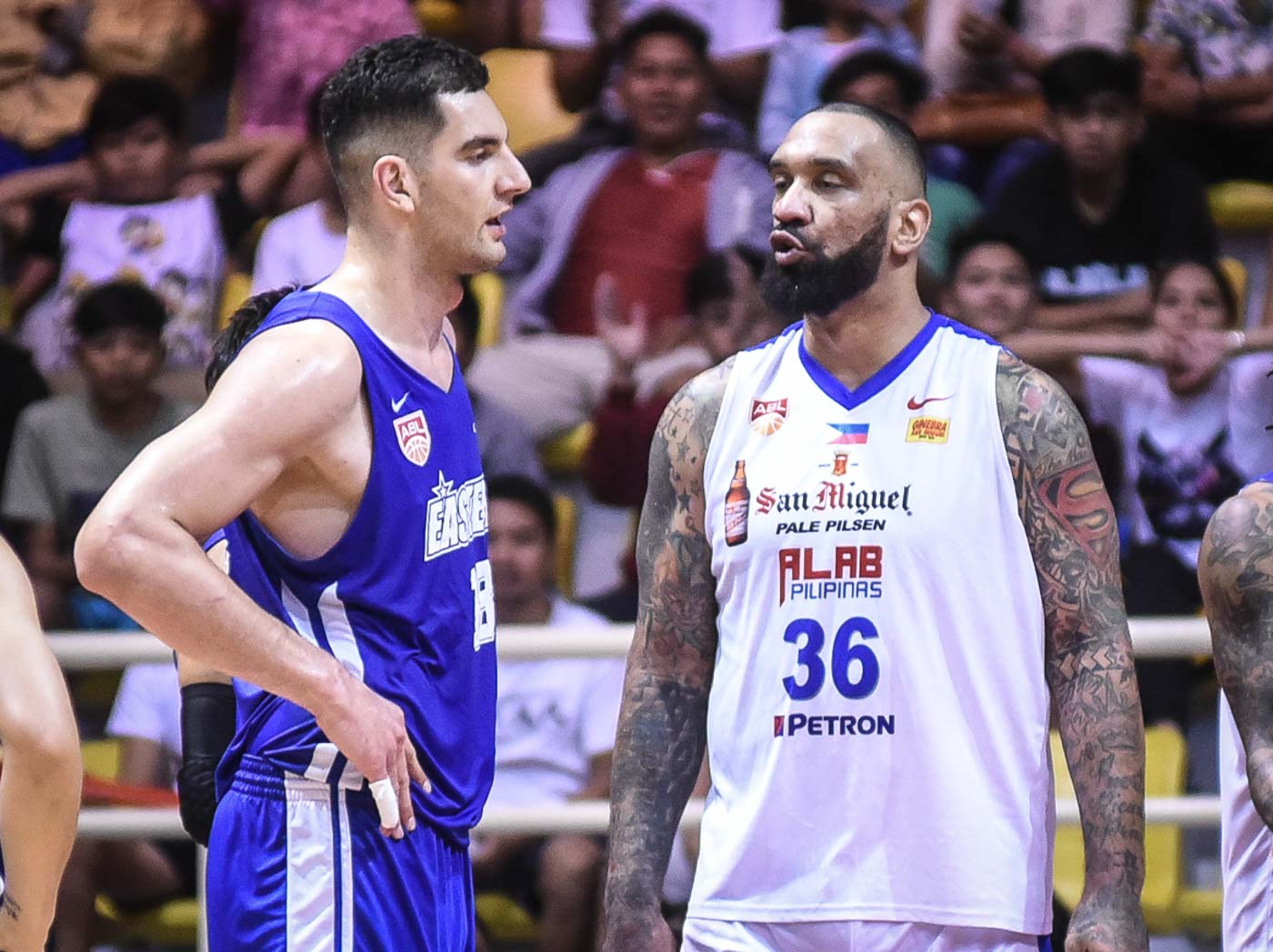 However, much like the first meeting, it didn’t go the Eastern’s way as the defending ABL champs routed them anew, 88-76, at the Sta Rosa Sports Complex last Sunday, January 27.

Still, that didn’t stop Deguara from trying to get under the skin of Ramos, as evidenced by a quick shove just 22 seconds into the game that evidently fired up the Alab giant.

Ramos got the last laugh though, as he feasted his way to an 18-point, 19-rebound outing after Deguara got tagged with two quick fouls in his first 6 minutes on the floor.

“Sometimes he plays dirty, but I’m a dirtier person,” Ramos declared after the game. “I’m not even worried about it. Things got heated up at the end of the game. He almost injured [Renaldo] Balkman. So as one of the leaders of the team, I got to protect my players.”

Instead of Ramos, it was Balkman who lost his cool and had to be restrained in the late moments of the game after a hip check by Deguara.

“He was trying to get under my skin, but he’s got to do a lot better than that,” Ramos continued. “He tried, but you can see it in the box scores. You saw my points and my rebounds. I can play inside and outside. Any team has got to be prepared.”

Apart from a lot of trash-talk, the former Mono Vampire stalwart only managed 7 markers, all off free-throws, and 12 rebounds while going 0/4 from the field.

Evidently, cooler heads always prevail as the reigning ABL champions are still on top of the standings with a 10-2 record. Deguara’s Hong Kong, meanwhile, is mired in the middle of the pack with a 9-8 slate. – Rappler.com