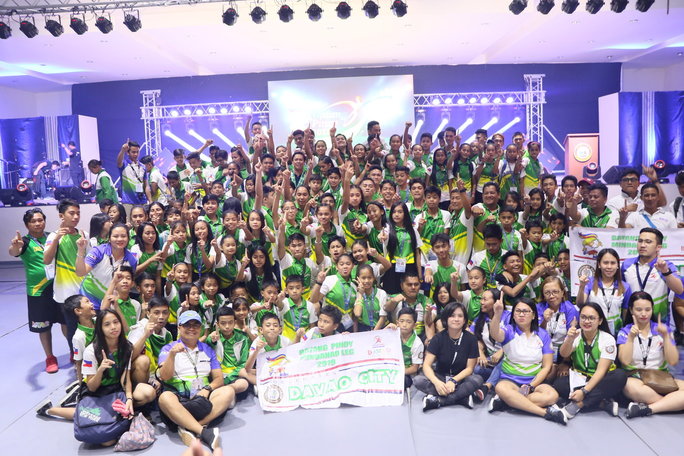 Victories in various fronts, including centerpiece swimming and athletics, capped the Davaoenos’ dominance in this annual age-group contest organized by the Philippine Sports Commission and Province of Davao del Norte.

Davao cornered a total of 56 gold, 39 silver and 58 bronze medals, surpassing its 54-gold medal harvest in the previous edition of this tourney that also has STI College-Tagum and Alfalink Total Solutions as sponsors in Oroquieta City last year.

The Davao bets made big splash in the pool as sisters Liaa and Lora Amoguis spearheaded the attack in swimming, capturing a total of 17 gold medals while drawing 6 from athletics, 4 from taekwondo and 4 from karatedo.

And before the tournament came to a close, the Davaoenos ran away with last few mints in baseball, chess and lawn tennis.

The Davao batters led by Harold Gapate, Richard Gabatin and JM Metillo clobbered South Cotabato to clinch the gold medal while Wesley Magbanua ruled the 13-15 blitz boys in impressive fashion and the tandem of Harlene Herbabuena and Janinah Panisales dominated the under-13 girls’ doubles.

PSC chairman William “Butch” Ramirez expressed elation over the success of the first leg of this prestigious tourney meant for young athletes 15 years old and below.

“These young athletes showed that achieving peace through sports is very possible,” said Ramirez following the event that drew close to 3,000 athletes from as far as Cotabato and Tawi-Tawi.

“Again, it’s not about championship or gold medal. It’s about our children and teaching them how to embrace unity and peace without any bias of religion, politics or ethnicity.”

Koronadal City finished fifth with 22-12-9 gold-silver-medal haul – 20 of those coming from its archers led by the meet’s most successful athlete, John Carlo Loreno, who bagged silver medals.