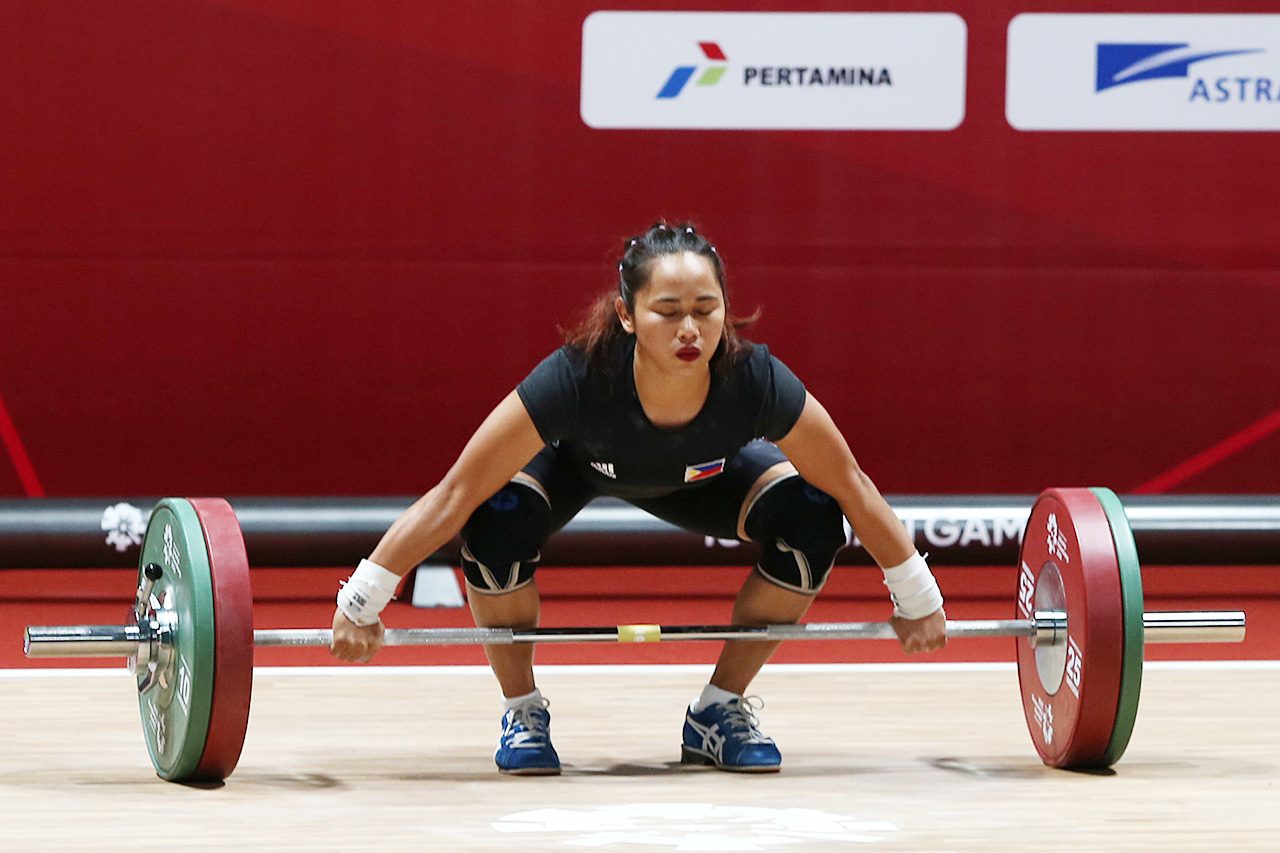 MANILA, Philippines – Hidilyn Diaz is set to intensify her preparations leading up to the Tokyo 2020 Olympics as she targets a No. 3 Olympic ranking by June 2019.

Even if Diaz made the cut in the last 6 months, the 27-year-old wants to make sure that she passes the first step in the Olympic qualifying by solidifying her hold of a top 8 spot in the ranking list.

(I already made the cut for 6 months, but I’m not going to settle for the No. 8 ranking because I want to win.)

The Filipino Olympic silver medalist technically ranks No. 9 in the women’s 55kg category following the suspension of Thai weightlifters found guilty of doping.

But since each National Olympic Committee can only have one athlete representative per weight class, Diaz wound up taking the No. 8 spot as China has two weighlifters that made the top 8 cut.

Diaz will continue her build up for the Olympic qualifying meets by going on a two-month training camp in China with her coach Gao Kai Wen on Sunday, February 17.

The 2018 Asian Games gold medalist will vie for the gold in 3 Olympic qualifying tournaments in 2019, as she’s also required to join a total of 6 events in at least one competition leading up to April 30, 2020.

Diaz will open her campaign in the Asian Championships held in Ningbo, China from April 18 to 28, 2019, followed by the International Weightlifting Federation World Championships in Pattaya, Thailand from September 18 to 27, 2019.

The champion weighlifter also looks to impress her countrymen when the Philippines hosts the 2019 Southeast Asian Games at the end of the year.

Diaz’s 3 major events will be crucial for gathering points to stay on track of her journey to the Tokyo 2020 Olympics. – Rappler.com