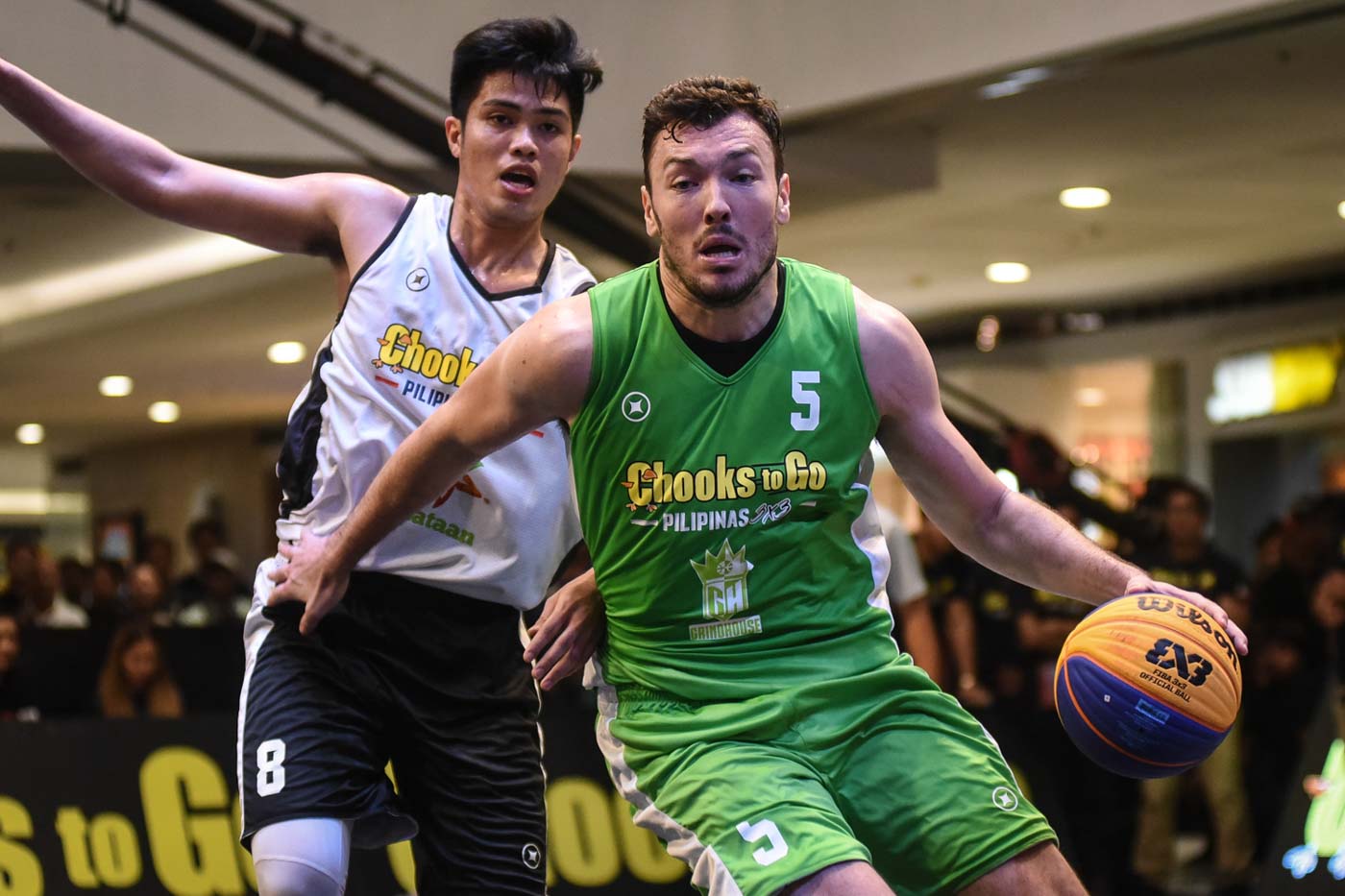 MANILA, Philippines – It has been a back-and-forth affair so far between the Pasig Grindhouse Kings and Bataan Risers in the Chooks-to-Go Pilipinas 3×3 league.

This time in the second leg at the SM Megamall Events Center, it was the Fil-Am-powered Pasig who one-upped the UAAP star core of Bataan, 21-18, in a thrilling finals finish on Sunday, February 24.

Bataan ruled the first leg after escaping Pasig, 19-18, in the finals last weekend.

The jacked-up Statham made his presence felt down low early and often on the young Risers. He bullied his way to 5 of his team’s first 8 points as they held a big 8-3 lead right off the bat.

However, the smart shooting and talent of Bataan still shone through as they came all the way back to take the lead at 15-14, off a crafty Manganti step-back mid-range shot.

It was a scramble in the final few minutes of the game, but Munzon silenced the chaos in the clutch with a game-winning turnaround two-pointer off the Santillan miss.

Ababou praised his team’s overall performance and maturity in this leg after losing the last one in heartbreaking fashion.

“We played smart this time,” he said after the tournament. “The reason why we lost the first leg was because of foul trouble. [The Risers] were just jacking up free throws. I missed my last shot and we lost by one point. That was a learning experience from us. Part of growing up.”

Leg 3 of the Chooks Pilipinas league treks up north to the SM Fairview Events Center on Friday, March 1. – Rappler.com