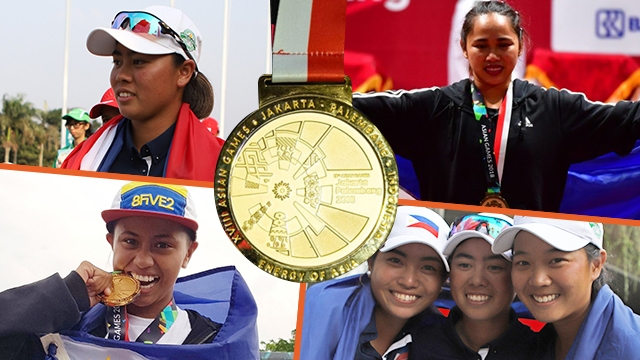 MANILA, Philippines – The top Filipino athletes of 2018 will share the limelight as they get feted in the Philippine Sportswriters Association (PSA) Awards at the Manila Hotel on Tuesday, February 26.

It is the second time for Diaz, a silver medalist in the 2016 Rio de Janeiro Olympics, to receive the top award. Didal, Saso, Pagdanganan, and Go are first-time winners.

The 5 athletes secured a total of 4 gold medals for the Philippines in the 18th Asian Games held in Indonesia last year.

Olympian, multi-titled gymnast, and taekwondo jin Bea Lucero Lhuillier will be the special guest of honor and speaker during the gala night.

Special Awards will also be given out, such as Mr Basketball (June Mar Fajardo), Mr and Ms Volleyball (Marck Espejo and Jaja Santiago), and Mr Football (Neil Etheridge), as well as Mr Fan Favorite (Kai Sotto) and a Special Recognition on Sports Journalism (Lito Tacujan).

Alexandra Eala and Daniel Quizon are the MILO Male and Female Athletes of the Year, while the Tony Siddayao Awardees include Jessel Lumapas, Micaela Jasmine Mojdeh, Marc Bryan Dula, and Czerrine Ramos.

Major awards and citations in various sports will be handed out too, while a prayer and a minute of silence will be offered for those who died in 2018. – Rappler.com