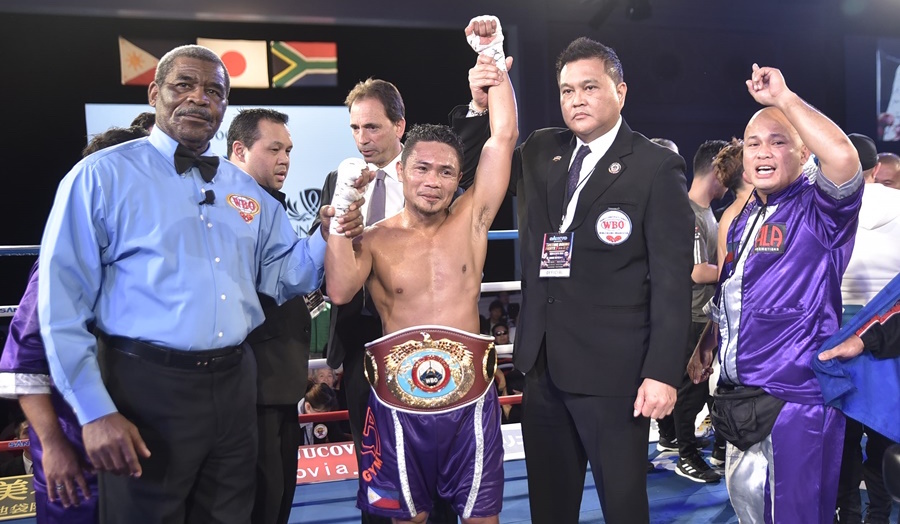 Instead of taking part in the purse bid mandated by the WBO for the right to stage their rematch, Nietes opted to relinquish the 115-pound title with no opponent yet in sight. (READ: WBO orders Nietes-Palicte II)

“After thinking hard about it for a long time, I have decided to vacate my WBO super flyweight belt. I feel in my heart that there is no point to do the rematch with Aston Palicte after the controversial draw,” said Nietes, the 37-year-old four-division world champion, in a statement. (READ: Dubious draw denies Donnie Nietes fourth division title)

For his part, Palicte knocked out Puerto Rican Jose Martinez in the second round of their title eliminator on January 31 to earn the right to challenge Nietes again. (READ: Palicte stops Puerto Rican, forges rematch with Nietes)

“I hope to seek bigger fights with the world champions of the other organizations. It may or may not happen but I believe this is the right decision under the situation.”

“Also I would want to give my fellow Filipino Aston Palicte a chance for the World title to bring pride and glory to our country,” added Nietes, who owns the distinction of being the longest reigning Filipino boxing titlist.

The 28-year-old Palicte is likely to be pitted against fourth-ranked Ioka as the No. 2  Estrada and No. 3 Ryuichi Funai, who will challenge International Boxing Federation champion Jerwin Ancajas on May 4, are unavailable. – Rappler.com