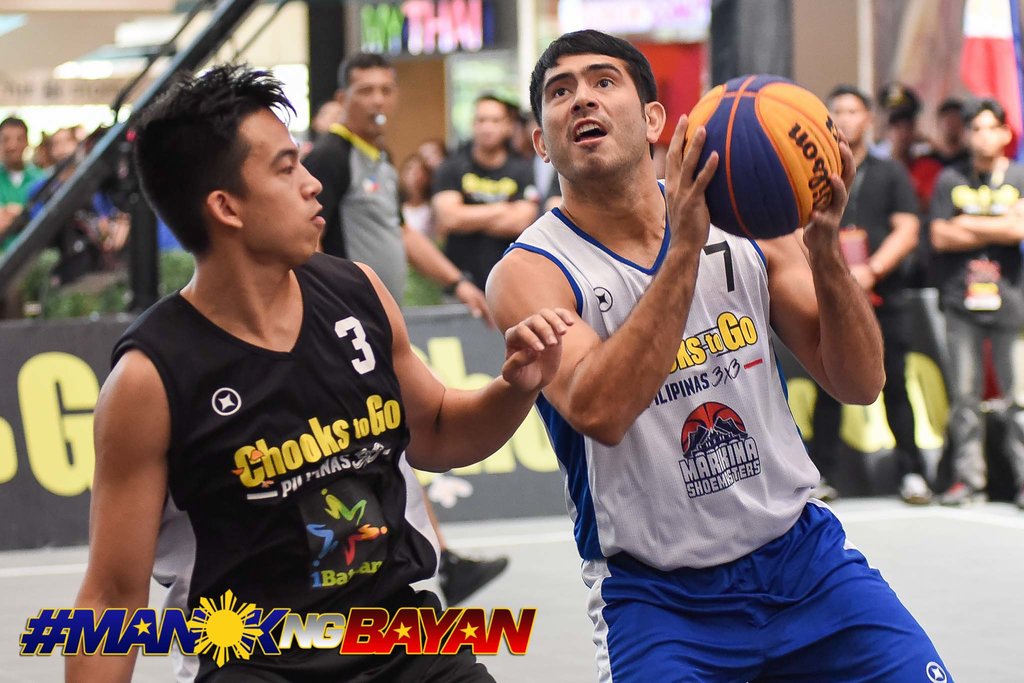 MANILA, Philippines – It’s normal for people to get starstruck with celebrities, but apparently, even those in the limelight get to feel the same way.

That’s exactly what Gerald Anderson felt when he suited up for the Marikina Shoemasters in the 3rd leg of the Chooks-to-Go Pilipinas 3×3 league in SM Fairview on Friday, March 1.

(I was starstruck with them, with the players I know and the players I’ve played with in the MPBL, so it’s very surreal that I was able to play in this level.)

Anderson was not there just for show, either, as he helped Marikina pull a massive 17-14 upset against  eventual leg champion Bataan Risers in the elimination rounds.

Much like how he has played in the MPBL, the defensive-minded baller racked up steals left and right. He even buried a game-winning long bomb to pull away from the PBA and UAAP star core of Bataan that included Alvin Pasaol, Anton Asistio, Santi Santillan and their debuting “kuya” Chito Jaime.

“It’s a good game, it’s intense,” Anderson recalled. “But yeah I did okay for my first 3×3 game. I think as a team we’re okay. We just came up short in the last game but you know, it’s a learning experience.”

Unfortunately for Anderson, his Shoemasters lost to MPBL rivals Zamboanga Valientes and got eliminated from semifinal contention by way of tiebreakers between Vigan Baluarte and the Pasay Voyagers.

Still, the multi-talented star relished the experience as a whole and is looking to play more legs in the league whenever his schedule allows it.

“It’s a privilege for me that I get to play with the best players in the entire country,” he said. “Just to be able to compete feels really nice. It’s like a really big fulfillment for me.” – Rappler.com