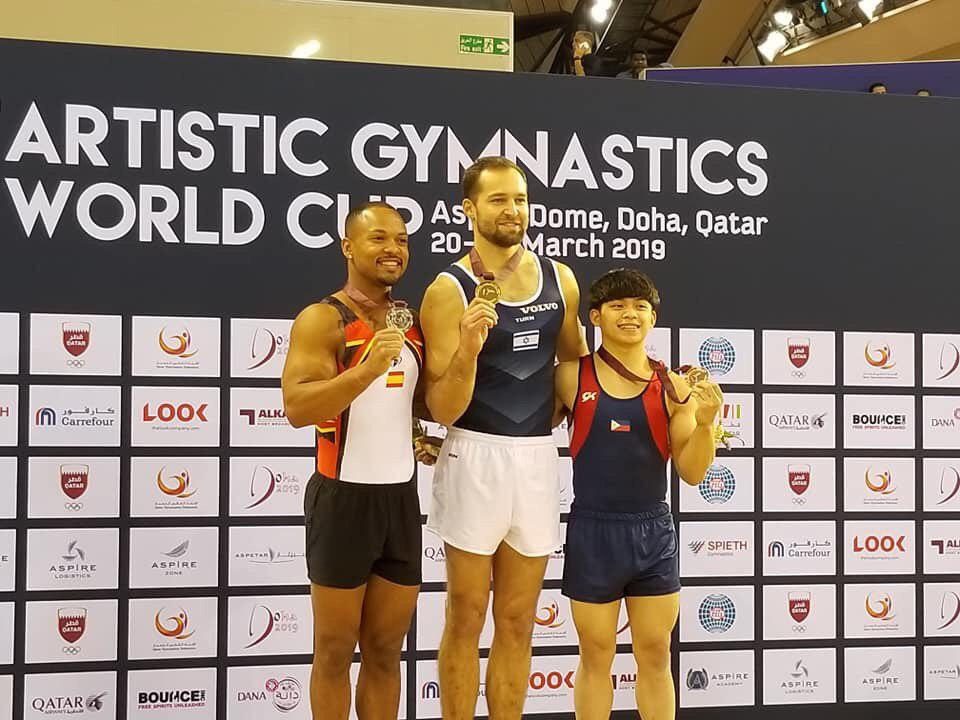 Yulo scored 14.266 in the men’s floor exercises final behind Israel’s Alexander Shatilov (14.633) and Spain’s Rayderley Zapata (14.433), who bagged the gold and silver, respectively.

“Not the best performance, but still thankful to get a medal,” said Yulo in a Facebook post.

In the qualification round, Yulo had a better mark of 14.600 points which catapulted him to the No. 1 spot.

The 19-year-old finished 12th in the men’s vault eliminations after recording 14.450 points.

Yulo was coming off a historic gold-medal finish in the 2019 Melbourne World Cup. His recent achievements also prompted local sports officials to add him to the shortlist of candidates eyed to serve as the country’s 2019 Southeast Asian Games flag bearer – Rappler.com