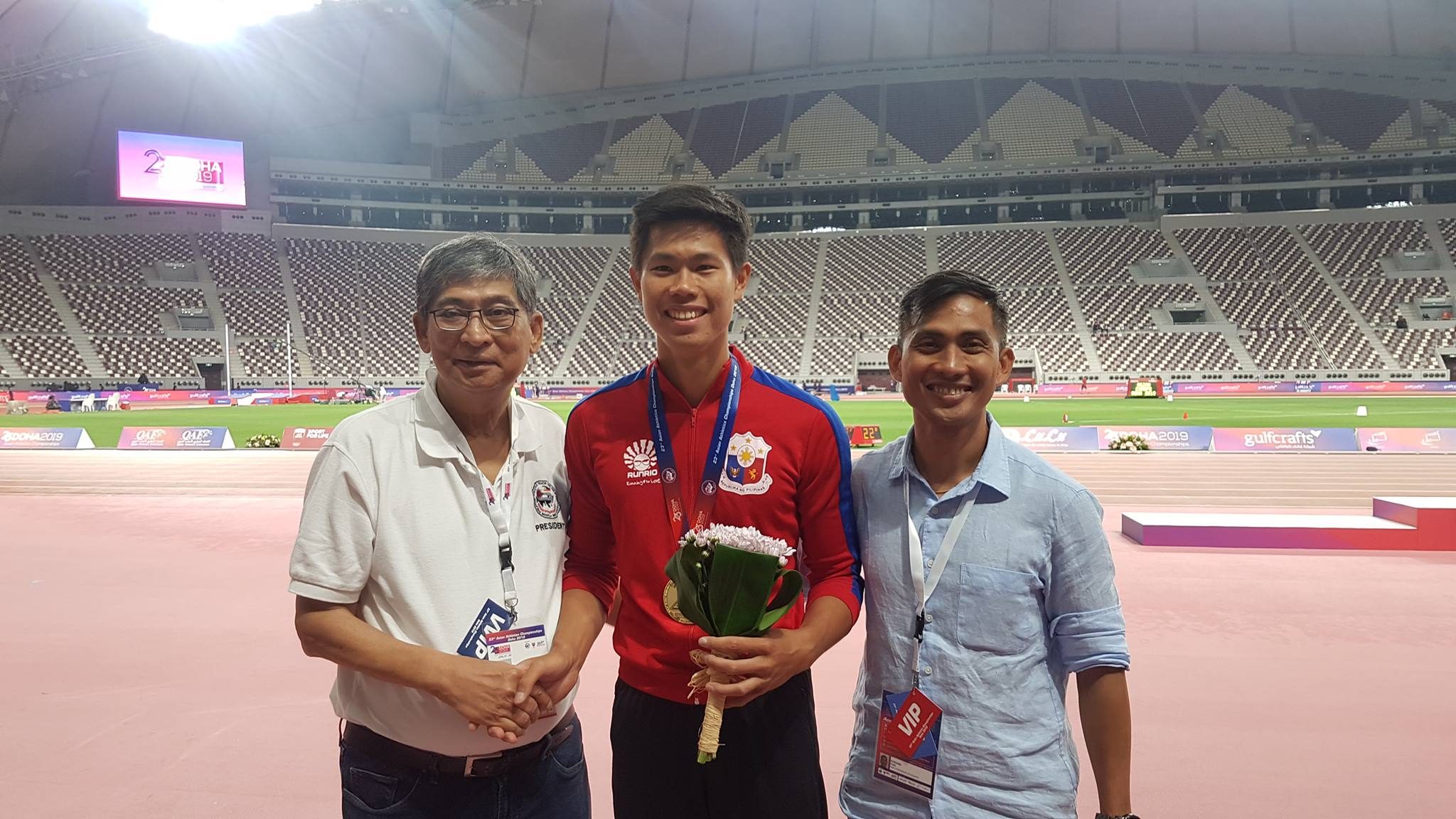 Obiena hurtled through the evening sky in his first try at 5.71 meters to set a new meet standard, as well as rewrite the Philippine pole vault record.

His golden leap earned him a berth for the world championship.

The 23-year-old Obiena – who placed third in this tournament in 2017 before sustaining a training injury that knocked him out of the SEA Games – had to clear 5.56 and 5.61 meters on his last try.

He failed once and then passed at 5.66 meters before making 5.71 meters.

“When the bar was raised at 5.71 meters. I did not think of anything. I mean about standards and records. I just concentrated and executed. Apparently, that helped,” Obiena said in an interview at the event’s website.

Obiena will stay in Doha to see if he qualifies for the IAAF Diamond League. (READ: Back to zero: EJ Obiena gears up for pole vault comeback)

Two Thais expected to challenge for a medal flopped. Amasarang Patsapong finished fifth with 5.51 while Purahong Porranot was tenth with 5.16.

Fellow Filipinos triple jumper Harry Diones and sprinter Kristina Knott made it to the next stage while 400m hurdler Francis Medina, 800m runner Marco Vilog and Joyme Sequita did not advance.

Diones leaped 16.16 meters while Knott made the 100m semifinal with 11.70. Both see action later Monday.