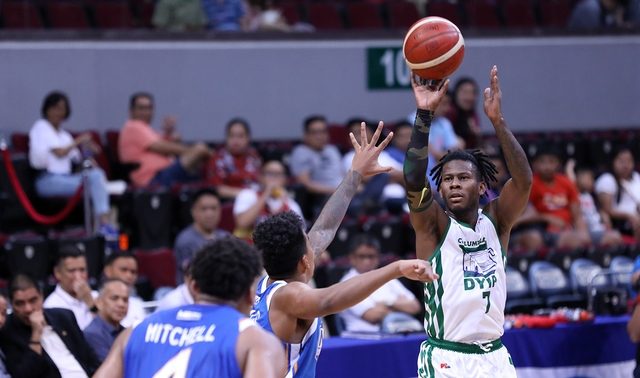 MANILA, Philippines – Rookie CJ Perez continued to live up to his top billing after propelling Columbian to a 120-105 demolition of NLEX in the 2019 PBA Commissioner’s Cup at the Mall of Asia Arena on Saturday, June 1.

Nabbed as the first overall pick, Perez waxed hot for a career-high 39 points on top of 9 rebounds, 3 assists, and 3 steals as the Dyip notched their first win after 3 losses and kept the Road Warriors winless in 4 games.

Perez was as lethal as he could get, missing only 5 of his 21 shots and making 7 of his 8 three-point attempts in the win that saw Columbian bury NLEX by as many as 32 points with a strong showing in the middle quarters.

The Road Warriors trailed by just 4 points after the maiden period, 20-24, until the Dyip outscored them 69-45 in the 2nd and 3rd frames to pull away for good in the first game of the Petron Blaze Saturday Special.

Perez had a chance to breach the 40-point mark after grabbing the rebound with 5 seconds left but chose not to take a shot as the clock winded down.

Import Kyle Barone backstopped Perez with 31 points, 8 rebounds, 3 steals, and 2 blocks in his last game as Columbian reinforcement as Lester Prosper is set to take his place.

Also making their presence felt in the win were Jackson Corpuz, who had 18 points, 8 rebounds, 2 steals, and 2 blocks, and Rashawn McCarthy, who delivered 12 points, 6 assists, and 5 rebounds.

Tony Mitchell put up his usual numbers of 32 points, 16 rebounds, 5 assists, and 2 blocks, but NLEX still failed to crack the winning column as it remains without head coach Yeng Guiao.

Guiao is currently on a cruise in Europe with his family and will miss one more game. (READ:  Wondering where Yeng Guiao is?)

Philip Paniamogan had 18 points, while Juami Tiongson and Raul Soyud added 12 points each in the loss.