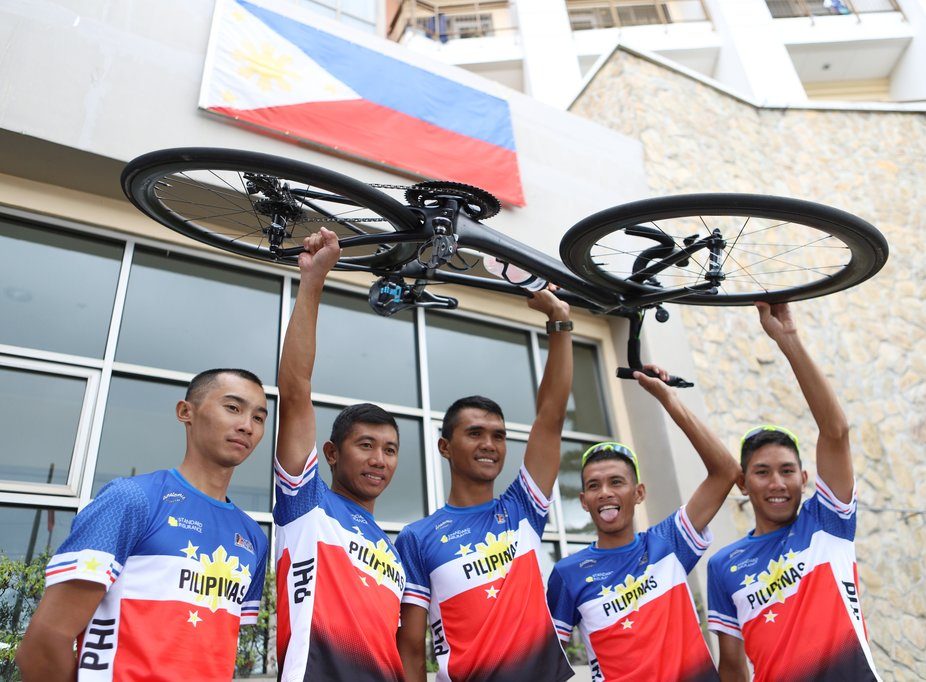 Facebook Twitter Copy URL
Copied
From the hilly roads in Tagaytay to Mount Mayon in Albay, the Le Tour de Filipinas marks a decade of racing with a historic route

Two of the Philippines’ iconic tourist attractions – Taal Volcano and Mount Mayon – serve as backdrop for the kick off stage and the coronation ride come Stage 5 on Tuesday in Legazpi City.

The Le Tour de Filipinas kick off stage in 2009 was in the very same route for the 2019 edition – the hilly roads in and around Tagaytay City and Batangas. Irishman David McCann won the inaugurals of the race that has become the forerunner of UCI-calendared Philippine races to date.

Fourteen teams are seeing action in the 10th edition led by the Philippine team of defending champion El Joshua Carino, who won last year – the third Filipino champion of the race – with Philippine Navy Standard Insurance.

The foreign field in the race – which is expected to be flagged off for Stage 1 by Tagaytay City Representative Abraham “Bambol” Tolentino and Mayor Agnes Tolentino – was reduced to 9 following the last-minute withdrawal of the Hong Kong national team.

To mark a decade of racing, organizer Ube Media Inc, headed by president Donna Lina, has modified the colors of the jerseys for the various categories.

Friday’s kickoff Stage 1 is a short and demanding 129.50-km Stage 1 on an out-and-back course in Tagaytay City, followed by the 194.90-km Stage 2 on Saturday from Pagbilao in Quezon to Daet in Camarines, Norte.

Stage 3 on Sunday will be 183.70 kms from Daet to Legazpi City and Stage 4 will cover 176.00 kms from Legazpi City via Sorsogon and Gubat and back to the Albay capital.

Stage 5 on Tuesday will also be out-and-back in Legazpi City but this time it will be via Donsol in Sorsogon for a total of 145.80 kms – a crucial final leg where the cyclists will have to endure pedaling over rolling hills and strong winds. – Rappler.com