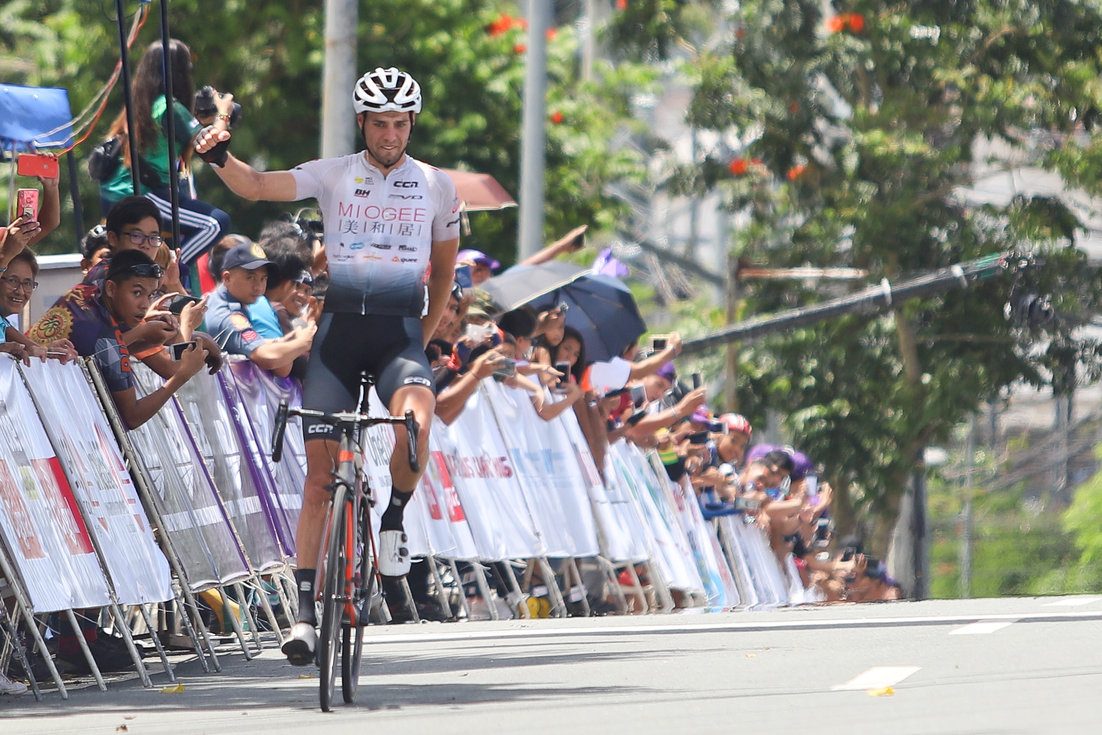 Taiyuan Miogee also clinched the top spot in the Stage Team Classification, combining for 9:28:42 throughout the 129.5-kilometer long loop near Taal Lake and Balayan Bay.

It was the second podium finish of the 26-year-old rider after placing 3rd in the China’s Tour of Taiyuan Stage 1 two weeks ago before finishing 3rd overall.

Eritrean rider Daniel Habtemichael finished 3rd for Team 7-Eleven Cliqq-Air21 by Roadbike Philippines with an official time of 3:09:06 while teammate Marcelo Felipe clocked in at 10th as the fastest Filipino cyclist with a time of 3:09:25.

It wasn’t the best of runs for the Filipinos as two Philippine national team members bottomed out right out of the gate.

Defending champion El Joshua Cariño was tagged out of the time limit (OTL) at 62nd place with a time of 3:35:36 while teammate Ronald Oranza finished dead last at 65th, both reportedly due to cramps.

The national team now aims to bounce back along with fellow Filipino teams in a Stage 2 sprint from Pagbilao Park, Quezon to Daet, Camarines Norte starting on Saturday, June 15.

The second of 5 stages will run for 194.9 kilometers, the longest stretch of the entire event. – Rappler.com