‘Don’t blame me for boring races,’ says Hamilton after another F1 win 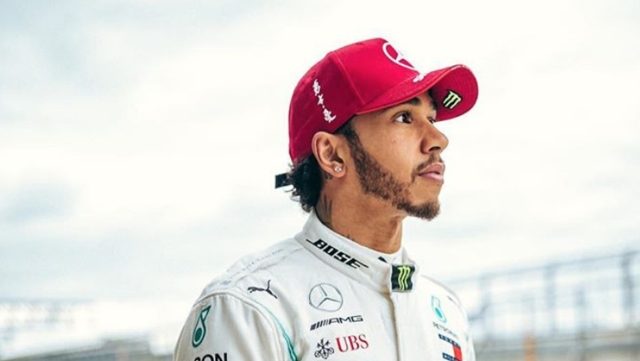 LE CASTELLET, France – A triumphant Lewis Hamilton told his and F1 critics not to blame the drivers for “boring” professional races, but instead to turn their focus on the rule-makers.

The defending five-time world champion produced a flawless demonstration of racing to triumph from pole position for the second year in succession in the French Grand Prix on Sunday, June 23.

In a largely uneventful race on a sweltering afternoon at the Le Castellet circuit, he led his Mercedes teammate Valtteri Bottas home as they extended the Silver Arrows winning run to 10 races.

It was hardly entertaining stuff for the fans at the track or the global television audience and Hamilton warned that the sport needed to consider making “serious changes.”

Speaking after his 79th career victory, he told reporters they should consider who should be blamed before drawing any conclusions.

“Don’t point fingers at the drivers because we don’t write the rules,” said Hamilton.

“We have nothing to do with the money and all that kind of stuff.”

“You should put the pressure on the people at the head who should be doing their job. I think they are trying to, but for many, many years, they have made bad decisions.”

Hamilton’s relentless success in a dominant Mercedes team has been celebrated in some quarters as an era of greatness, but others – including the British driver – have said they want to see more on-track battles and closer competition.

As a keen follower of other racing series, including Indycars in the United States, Hamilton has often said Formula One needs to change its technical rulebook to encourage much closer racing.

He explained that he and Renault driver Nico Hulkenberg last week attended a meeting with Formula One Management (FOM) and the sport’s ruling body, the International Motoring Federation (FIA).

At this meeting, he said they discussed the plans for an overhaul of the rules for 2021 and the introduction of cars that can tolerate the close proximity of other cars in races, without aerodynamic problems.

He said he welcomed the fact that the sport’s ruling bodies were open to hearing the views of the drivers.

“I had nothing to gain by going there, but if there is anything I can do to help, I will,” he added.

“They’ve been making all these decisions and never had a driver’s input once. So, if that can be decisive and help the fans to get better racing, then I would be proud.”

He would not be drawn to say he had confidence that the initiative would result in the necessary dramatic changes to transform the racing and eliminate dull processions.

But, he said: “I have faith that it’s going to be better and I really hope so. It was encouraging that they allow us to be there and they’re really welcoming.”

“I hope they will continue to have us there – a couple of us drivers each time.”

He added that he remained optimistic.

“I think they’ve extended their decision on making the rules and I think they need to because they are nowhere near where it should be.”

“They’ve got to make some serious changes to the decision they have already made for how 2021 should be.”

“But I am encouraged that Ross (Brawn, F1 director) and his team are working, for the first time, on a real aero package that hopefully will have an impact.” – Rappler.com