Like Mike: Cone compares Brownlee to Jordan in Clasico explosion 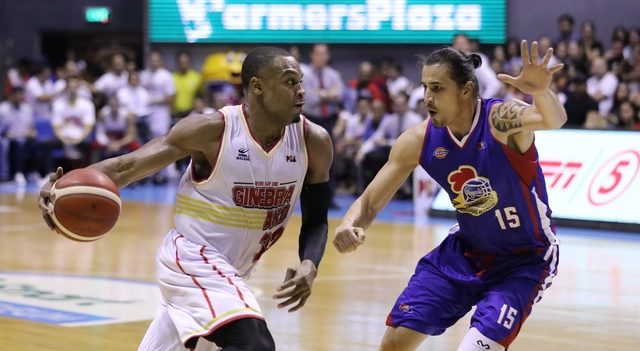 MANILA, Philippines – Justin Brownlee was not short of spectacular as Barangay Ginebra crushed Magnolia in another edition of the Manila Clasico, and for coach Tim Cone, his import played like the man considered as the greatest of all time.

Cone compared Brownlee to NBA legend Michael Jordan after firing a career-high 49 points to power the Gin Kings to a 102-81 romp of the Hotshots in the PBA Commissioner’s Cup on Sunday, July 7.

As if his point production was not enough, Brownlee even added 20 rebounds, 7 assists, 2 blocks, and 1 steal to record a staggering plus-minus of +30 in 45 minutes of action.

Brownlee was in the zone all game long, finishing with a healthy 18-of-24 clip from the field and an impressive 6-of-9 clip from long distance.

He already had 35 points through 3 quarters before scoring another 14 points in the final frame for good measure.

“All the MJ performances that I’ve seen through the years – and I’ll tell you I watched every Bulls games in tape and at the time – that’s one of MJ’s greatest game right there except with Justin’s body doing the thing,” Cone said.

“It’s really amazing play by him.”

Brownlee could not help but flash a wide grin upon hearing his comparison to Jordan.

“That’s a great compliment, comparison, you know. I definitely appreciate it. But man, that’s a bad man to be compared to. I just really appreciate and take the compliment,” he said.

Although already assured of a playoff spot at 6-4, Ginebra looks to head into the quarterfinals on a winning note when it faces Columbian (3-7) at the Araneta Coliseum next Sunday, July 14. – Rappler.com