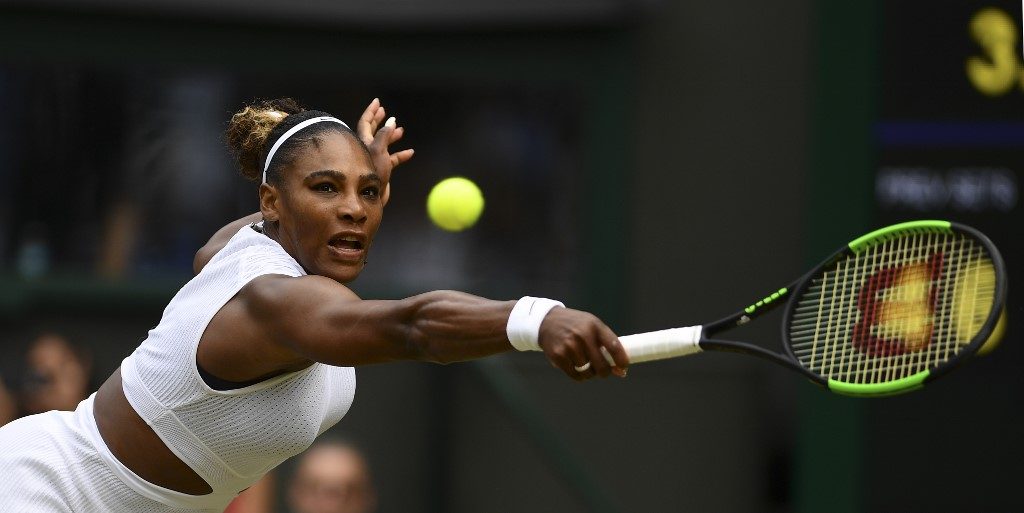 The 37-year-old Williams, who is two wins away from equaling Margaret Court’s Grand Slam singles title record haul of 24, looked far from convincing as Riske pushed her the whole way over an engrossing two-hour duel.

However, Williams served it out with an ace to seal her 97th win at Wimbledon and avoid the same fate as world No. 1 Ashleigh Barty, who was beaten by Riske on Monday.

“It was really satisfying,” said Williams, whose clay court season was affected by a knee injury.

“I wouldn’t have won that match a couple of weeks ago.

“I’m glad that I was able to come through. She beat so many great players. She was really so close to taking the win today.”

Williams, who kept to her old habit in the changeovers of reading notes she had written herself, said it had been a long year for her already due to the injury.

“This is the first time since Australia that I actually felt good,” she said.

“I don’t know where I am. I do know I feel good. Now that I feel good, I can actually focus on training and technique and practice, something that I just literally haven’t been able to do a lot of.”

‘I am past older’

Williams, who moved into 2nd place overall behind Martina Navratilova’s record of 120 Wimbledon match wins, was constantly cajoling herself, letting out roars of “come on” during the match as her sometimes leaden-footed performance threatened to undo her.

Having sealed the match she turned to the players box where amongst others she was supported by older sister Venus and her husband, Reddit co-founder Alexis Ohanian, and yelled, pumping her fists.

“I was really pumped, it was for a place in the semis at Wimbledon – that doesn’t happen every day and it’s a long, arduous road,” said Williams.

“I just had to just button up and play hard. She was playing her heart out and she had nothing to lose and I realized neither did I.”

Ohanian, too, was getting into the match up in the box, although, Williams did not take much note of it.

“Towards the end I saw the box jumping, which is, looking back, really cool,” she said.

“Most of all I don’t really notice the emotions. I know it’s extremely hard in the box, though.”

Williams concurred with Navratilova’s remark that as she got older she felt the pressure more but she was past that stage now.

“Now that I am past older, I feel a little bit less pressure,” she said smiling.

“I’m so serious. I definitely felt pressure, like not so much when I was younger, and then older, yes, yes, yes.

“Now it’s like I’ve done everything I need to do. Like, I’ve had a great career, so I don’t feel the pressure as much any more.”

Williams will play either Britain’s French Open semifinalist Johanna Konta or Czech veteran Barbora Strycova for a place in the final. – Rappler.com