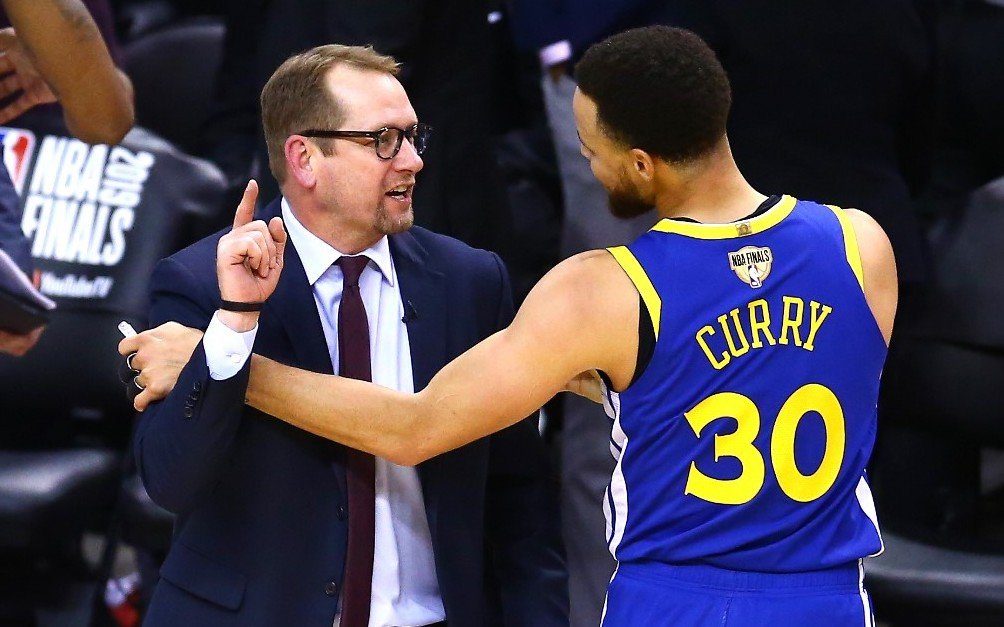 Facebook Twitter Copy URL
Copied
In a bid to strengthen officiating, the NBA approves the coach's challenge and other video reviews triggered by the NBA Replay Center

The measures, recommended by the NBA competition committee, are being used in NBA Summer League games and will be adopted on a one-season trial basis for the 2019-2020 campaign.

In all cases, “clear and conclusive visual evidence” will be required to declare a call incorrect and overturn a referee’s decision.

The coach’s challenge is available in a limited set of situations, provided a team has at least one timeout remaining. The replay center reviews were first tested at last year’s summer league.

“Giving head coaches a voice will enhance the confidence in our replay process among teams and fans and add a new, exciting strategic element to our game.

“Enabling the NBA Replay Center to trigger instant replay will improve game flow and provide real-time awareness of any adjustments to the score.”

Each team is allowed one challenge a game, successful or not, on a personal foul charged to a player on that team, an out of bounds call or whistles for goaltending or basket interference.

A personal foul challenge can come at any point in a game but in the final two minutes of the 4th quarter or overtimes, only the on-court referees can instigate challenges for basket interference, goaltending or out of bounds calls.

To challenge, a team must call a timeout and the coach must signal the challennge by twirling a finger toward the referees.

The penalty for attempting to challenge without a timeout is a technical foul and no challenge to the call will be given.

Calling a timeout to challenge an event that cannot be reviewed will cost the team the timeout but it will keep the right to make a challenge.

The NBA Replay Center can instigate replays in the first 46 minutes of regulation time and the first 3 minutes of overtime periods for certain issues.

It can determine if a shot was a three-point attempt or a two-pointer or if a fouled shooter should have two or three free throws.

The center can also review whether or not a shot clock violation has taken place.

A new “courtside administrator” hired and supervised by the league will be added at the scorer’s table to expidite communication between the referees and NBA Replay Center.

The administrator will not have any decision-making authority regarding calls or replay determinations. – Rappler.com