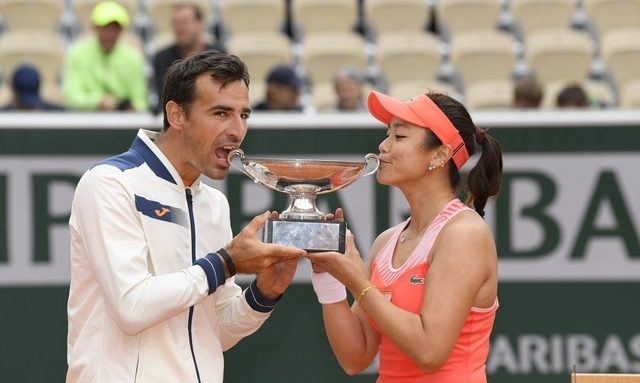 LONDON, UK – Taiwan’s Latisha Chan and Croatia’s Ivan Dodig made it back to back Grand Slam successes, clinching the Wimbledon mixed doubles title in a 6-2, 6-3 win over Sweden’s Robert Lindstedt and Latvia’s Jelena Ostapenko.

Chan and Dodig have become a powerful mixed doubles partnership in the past year having won two French Opens and now Wimbledon on Sunday, July 14.

The 8th seeds were always in control surging into a 5-0 lead in the 1st set.

Although Chan – who won the 2017 US Open doubles title with Martina Hingis – was broken serving for the set, they broke back immediately to clinch it.

A break in the eighth game of the 2nd set was all they required before celebrating by climbing up to their entourage’s box to hug them prior to being presented with the trophy.

For both 29-year-old Chan and the 34-year-old Dodig, it is their first Wimbledon title of any kind – the Croatian having lost in the men’s doubles final in 2015. – Rappler.com