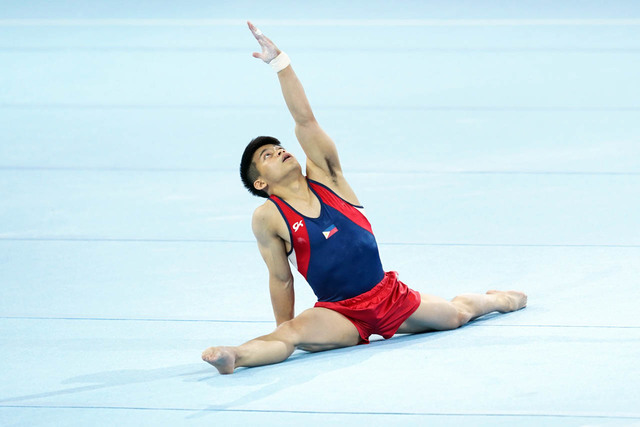 Performing next to last among 8 finalists, Yulo came through with an awe-inspiring display of grace, artistry and athleticism in securing the gold with a score of 15.300 points.

The 19-year-old Filipino won the event by a hairline – edging Artem Dolgopyat by 0.1 point – as the erstwhile Israeli frontunner seemingly had an untouchable tally of 15.200 points.

Commentators described Yulo’s routine as “dynamic” and “exquisite” and the degree of difficulty proved to be the decider as he scored 6.500 in the category –  the highest among the finalists – while Dolgopyat got 6.400.

The feat made Yulo the first Filipino and Southeast Asian male to bag a gold in the Worlds. Just days earlier, the 4-foot-9 standout also became the second Filipino to qualify for the 2020 Tokyo Olympics.

Watch Yulo’s winning performance and the awarding ceremony where the Philippine national anthem was played for the first time in 41 editions of the global gymnastics showcase!