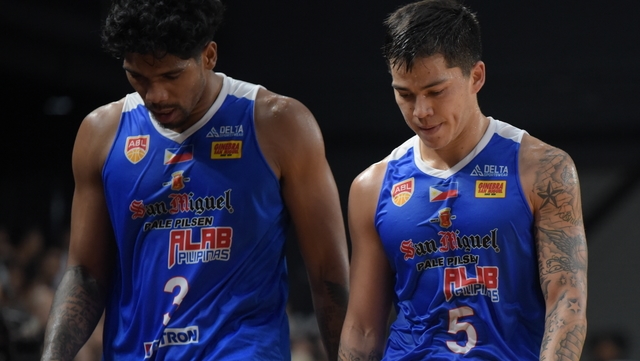 MANILA, Philippines – Alab Pilipinas got dealt a harsh reality check after its season debut in the ASEAN Basketball League ended in a horror 76-111 beating from Mono Vampire on Sunday, November 17.

A blazing 31-12 start was all Mono Vampire – electrified by their fans at the Stadium29 in Nonthaburi, Thailand – needed to kick off their campaign on the right foot as two of Alab Pilipinas’ 3 new imports struggled.

Nick King topscored for Alab Pilipinas with 21 points on a shaky 4-of-19 shooting to go with 7 rebounds, while other reinforcements Khalif Wyatt and Adrian Forbes were limited to 6 and 4 points, respectively.

If there was a silver lining in the loss, it would be the locals stepping up.

Jeremiah Gray also made his presence felt for Alab Pilipinas with 9 points.

Mono Vampire, though, just had more firepower with 6 players breaching twin digits, led by Mike Singletary, who had 19 points, 11 rebounds, and 4 assists, and Moses Morgan, who delivered 16 points and 3 assists.

Singletary poured out 11 points in their first-quarter onslaught before his teammates picked up where he left off in the second half, with a Jittaphon Towaroj triple giving Mono Vampire their biggest lead at 109-71.

Frederick Lish, Ryan Watkins, and Tyler Lamb each finished with 13 points in the win, while Teerawat Chanthachon had 10 points.

Alab Pilipinas will see action in another road game as it faces the Macau Wolf Warriors at the Foshan Shishan Gymnasium in China on November 27. – Rappler.com