Nov 18, 2019 3:16 PM PHT
Agence France-Presse
Facebook Twitter Copy URL
Copied
Andy Murray raises hopes he could return to the top of his game despite needing a career-saving hip surgery after winning his first ATP title since 2017 in Antwerp 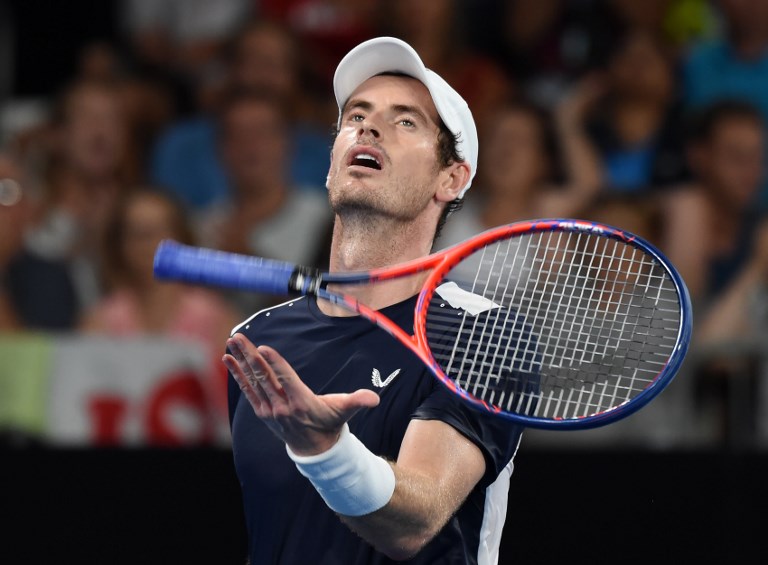 MADRID, Spain – Andy Murray will do a “great job” when he continues his comeback from injury at next week’s inaugural Davis Cup Finals in Madrid, British captain Leon Smith said on Sunday, November 17.

The former world No. 1 claimed his first ATP title since 2017 last month in Antwerp to raise hopes that he could return to the top of the game despite needing career-saving hip surgery earlier this year.

Murray, who inspired Britain to the 2015 Davis Cup title, will line up alongside his older brother Jamie, Dan Evans, Kyle Edmund, and Neal Skupski at the Caja Magica.

“He’s training unbelievably hard to get back to his best position, with great focus.”

“If he’s picked to play, then I know he will do a great job on the court. That’s not ego, that’s confidence of course.”

“He’s still a very good tennis player, he’s pushing [the other] guys ahead. And at the same time, you realize what he’s gone through.”

Britain, who were handed a wildcard for the first tournament since the old World Group was scrapped, will be favorites to progress from a Group E which also features Kazakhstan and the Netherlands.

The teams will face off in two best-of-three-set singles matches in each tie, with one doubles rubber.

“We are very lucky to have 3 very good singles players and really good doubles options,” added Smith, who is expected to choose either British No. 1 Evans or Edmund to partner Murray, now ranked 125th.

“So I’ve got a few things to ponder in the next couple of days, but it’s a good situation to be in.”

“That’s why you have to respect any opposition.”

But the Russians have been weakened by the withdrawal of world No. 4 Daniil Medvedev, who has been struggling with exhaustion after a gruelling season that saw him reach 6 consecutive finals.

Croatia are missing the injured Marin Cilic, while the tournament will have to launch its new format without Roger Federer, who decided not to play.

Novak Djokovic and home favorite Rafael Nadal have committed themselves to the event, although the Spaniard has been struggling with an abdominal injury in recent weeks.

“The truth is that he’s in a great moment,” said Bruguera. “He is doing well and is eager to compete.”

The other ties on Monday see Belgium take on Colombia, who never played in the World Group, while Italy face Canada. – Rappler.com