Nov 19, 2019 4:02 PM PHT
Agence France-Presse
Facebook Twitter Copy URL
Copied
'It's a phenomenal thing to be a part of. His teammates, we're all just kind of along for the ride,' says Mavericks coach Rick Carlisle 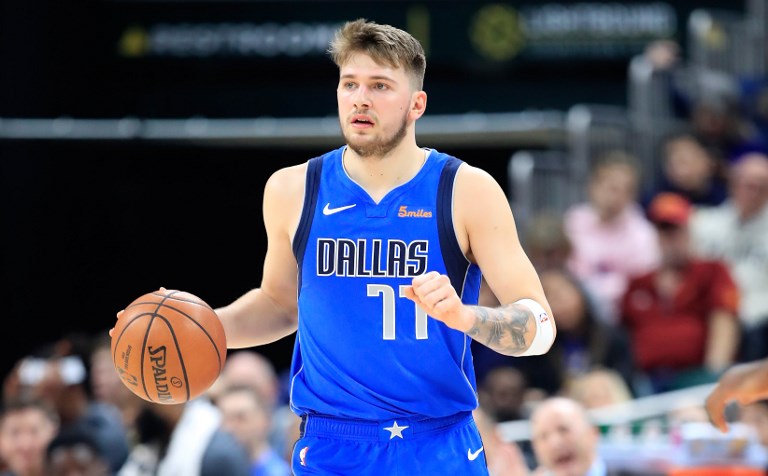 LOS ANGELES, USA –  Luka Doncic scored a career-high 42 points and bagged a triple double to guide the Mavericks to a 117-110 win over the San Antonio Spurs in Dallas.

The 20-year-old Slovenian is the second youngest player in history to score a 40-point triple double after LeBron James.

“It’s not surprising to me,” Mavericks coach Rick Carlisle said.

“This guy can do anything he wants to on a basketball court. And you know, he’s having just one of those magical runs right now, and it’s a phenomenal thing to watch.”

“It’s a phenomenal thing to be a part of. His teammates, we’re all just kind of along for the ride.”

In Los Angeles, Paul George scored 17 points against his former team as the Clippers eked out a nail-biting 90-88 victory over the Oklahoma City Thunder.

Montrezl Harrell was the star for the Clippers with 28 points off the bench in a hard-fought contest that went right down to the buzzer. – Rappler.com