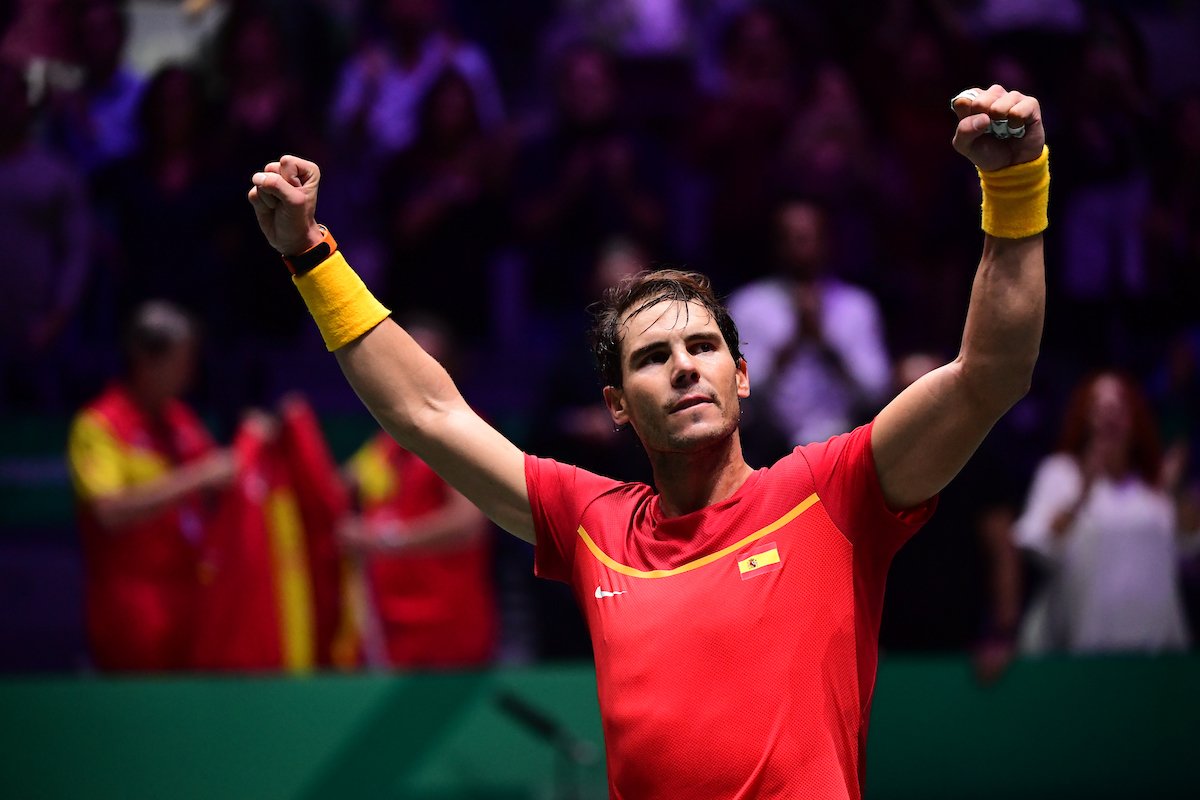 MADRID, Spain – Rafael Nadal won back-to-back matches to propel Spain to a 2-1 victory over Argentina and a place in the semi-finals of the new-look Davis Cup on Friday, November 23.

Nadal then teamed with Marcel Granollers to beat Maximo Gonzalez and Leonardo Mayer 6-4, 4-6, 6-3 in a must-win doubles match to see Spain into a final-four clash with Great Britain.

“I had a good singles match, but the doubles came down to a few balls because the game was very close,” Nadal said. “It’s a great victory, but we don’t have time to enjoy it – we have to rest because tomorrow it will be difficult again.”

Britain meanwhile eased into the semis with an efficient 2-0 effort over Germany.

Earlier Russia beat Novak Djokovic’s Serbia to reach the semi-finals following a cliff-hanger match that went all the way to a deciding tie-breaker.

With the quarter-final level at 1-1 following the singles, the Russian pairing of Karen Khachanov and Andrey Rublev faced Djokovic and Viktor Troicki in the deciding rubber.

After a see-saw match of high drama the Russians came out 6-4, 4-6, 7-6 (10/8) winners and face Canada, quarter-final victors over Australia, in Saturday’s semi-finals.

“It was heads or tails and the coin fell on our side,” Rublev said.

Kachanov was already looking forward to the next match.

“We’ll have to get it together for Canada,” he said of the semi-final.

“Luck was on our side here, but this was one of the biggest games of either our careers.”

Earlier in the day Rublev won the first singles over Filip Krajinovic 6-1, 6-2 to give Russia a lead, cancelled out later by Djokovic, who overcame Khachanov 6-3, 6-3.

The world number two Djokovic, winner of 16 Grand Slams said the match had been “a real roller-coaster of a game, very, very emotional and very tense”.

“Sport is not all about winning and losing but this hurts me personally,” said the 32-year-old.

“Anyway the season is over now, we’ll get over it. Tomorrow is another day.”

In the absence of Daniil Medvedev, the Russian star who pulled out of the event citing exhaustion, captain Shamil Tarpischev placed his faith in Rublev and Khachanov for both singles and doubles.

In the end, it all hinged on the doubles with Russia taking the first set 6-4.

In the 2nd set and with the Serbs up 4-2 Djokovic appeared to suffer discomfort from his right elbow, the same place where her reported pain at the ATP Finals last week.

“A sudden movement caused a sharp pain, but I was still able to serve,” said Djokovic.

After receiving two massage sessions during changeovers Djokovic appeared to have recovered and Serbia were back on level terms one set-all.

The 3rd set went to 6-6. Then the Serbs missed three match points in the tie-breaker, most agonisingly when Troicki missed an easy volley for victory.

The Russians made no mistake when their turn came, clinching victory with their first match point. – Rappler.com