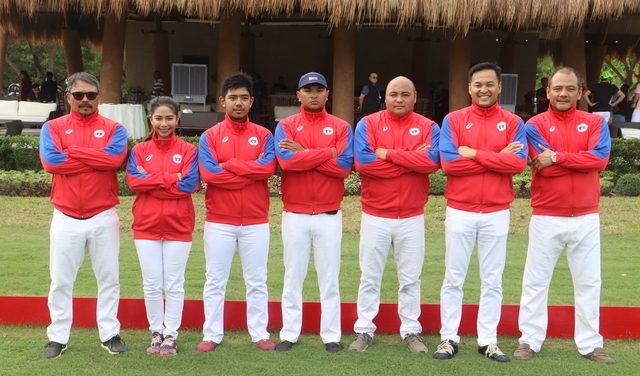 MANILA, Philippines – Athletes on horseback officially kick off hostilities for the Philippines’ hosting of the 30th Southeast Asian Games in Calatagan, Batangas on Sunday, November 24.

Polo is one of the 56 sports on the program for the 30th SEA Games that formally starts with the opening ceremony next Saturday, November 30, at the Philippine Arena in Bocaue, Bulacan.

The polo competitions will happen a day after the Bamboo Pavillon at the Miguel Romero field was blessed and inaugurated.

Four countries – Brunei, Malaysia, Singapore and host Philippines – are entered in the glamorous sport, one of the oldest in history.

Two gold medals will be up for grabs.

“Our rivals are tough but we are prepared for the challenges that will come our way,” Representative Mikee Romero of Team Philippines said.

“But whatever happens, we have to cherish this moment since this is the first time in decades that we have this kind of tournament of this magnitude.”

Romero and members of the Philippine team trained for two weeks in Argentina – globally considered as the capital of the sport.

“We have so many unsung heroes and heroines in putting up this kind of tournament and everybody experienced birth pains,” added Romero.

The Philippine Sports Commission (PSC) called on Filipinos to show their support for the polo athletes.

“Our athletes prepared hard for the Games and they need all the prayers and love from the Filipino people,” said PSC commissioner Charles Maxey. – Rappler.com