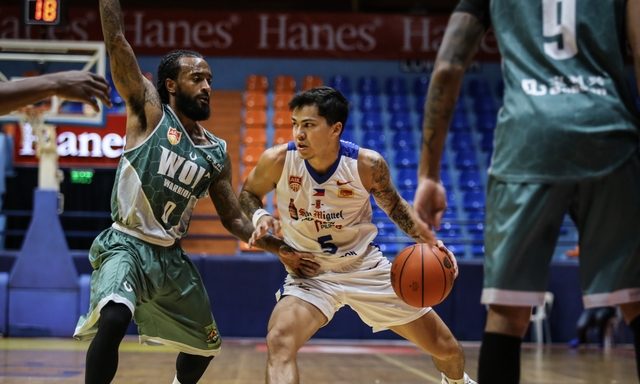 After being down as many as 11 points, 9-20, early in the 1st quarter, the Alab home team stormed all the way back and took its first lead of the game, 49-47, off a midrange jumper by upstart Jeremiah Gray to start the 3rd quarter.

Both teams kept jockeying for the lead well into the 4th frame as Louie Vigil and Brandon Ganuelas-Rosser scored consecutive buckets to give Alab an 85-83 advantage with 6:53 left.

Although Alab got their bearings back and led one last time, 91-90, off two Nick King free throws in the final 2:45, Macau then delivered an 8-0 finishing kick, capped by a breakaway layup by Zhi Keng Tang for the 98-91 gap in the final minute.

“Anytime you can come to this country and get a win, it feels satisfying,” said Macau head coach Todd Purves. “You know you beat a good team.”

“Jimmy Alapag, I knew him as a player and as a coach, he’s done a hell of a job. It feels good to come out here with a win.”

However, his fellow World Imports struggled mightily as Khalif Wyatt was held to 15 points on 3-of-12 shooting, albeit with 12 assists.

Alab’s Maltese monster Sam Deguara also limped to a 4-point, 7-board finish in just 21 minutes due to foul trouble.