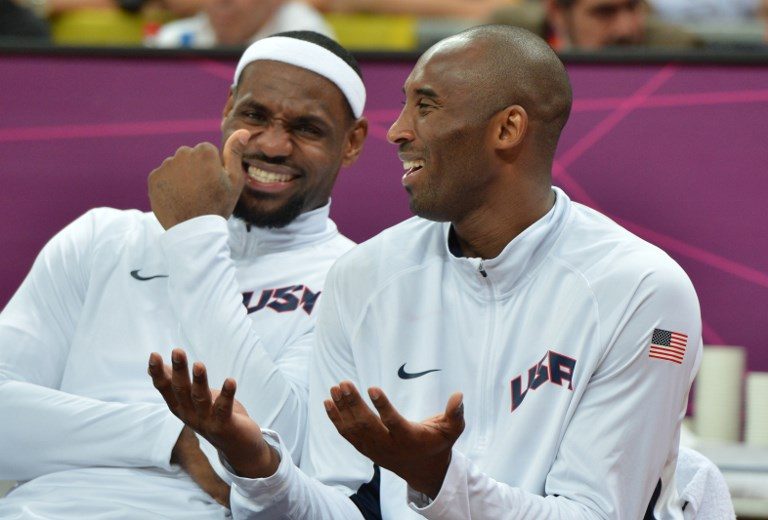 Bryant died Sunday, January 26 at age 41 in a helicopter crash along with 8 other people, including his daughter Gigi, devastating players and fans worldwide.

“He’s tore up,” ex-teammate Wade said of James, noting the superstar wanted people to know that “all of us were trying to do our very best to make him proud of us – we were just trying to put ourselves on Kobe’s level.

“He stopped the Earth for a day. No one moved. No one did anything. That was how it felt.”

James had admitted he was “heartbroken and devastated” but  vowed to continue Bryant’s legacy with the Los Angeles Lakers.

The Lakers returned to practice on Wednesday, with coach Frank Vogel  saying they “want to represent what Kobe was about” as they press ahead with the NBA season.

“We’ve always wanted to make him proud, and that’s not going to be any different here,” he said. (READ: Grieving Lakers return to training after Kobe Bryant’s death)

Many grief-stricken players also tried to cope with the five-time NBA champion’s death.

“It has been really hard to play, really hard to focus,” said Boston playmaker Gordon Hayward. “He meant so much to us in the league and across basketball.

“Words can’t describe how I think we all feel. It’s a tragedy.”

At Minneapolis, the Minnesota Timberwolves put a unique spin on their tribute after winning an opening tip-off against Sacramento.

Minnesota’s Andrew Wiggins took the ball and placed it on the free throw line upon the very spot Bryant sank two free throws on December 14, 2014, to move past Michael Jordan and become the NBA’s No. 3 all-time scorer.

Bryant kept that spot on the NBA career points list until just hours before his death, when he was passed by current Lakers superstar James.

“Kobe was a trailblazer, someone I looked up to my entire childhood wanting to be like him, wanting to hit last-second shots like him,” said Minnesota’s Karl-Anthony Towns.

“There will never be another Kobe Bryant,” Chicago’s Zach LaVine said. “There’s only one person like that ever. He made an impact on people off the court and in basketball as well.

Eric Gordon, the 12th-year veteran who just had a career-high 50 points  with the Houston Rockets, said he’s still struggling to wrap his thoughts around Bryant’s death.

“I’m still hurting for that,” Gordon said. “I’ve known him since I was in college. It’s a tough day for everybody.” – Rappler.com