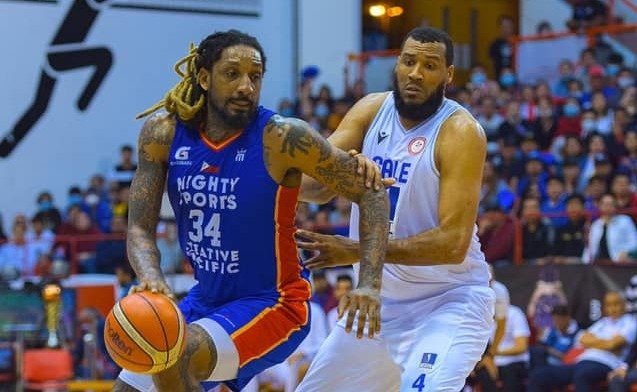 MANILA, Philippines – In the last 30 years, no team has won the Dubai International Basketball Championship (DIBC) outside the Middle East. That is, until now.

Mighty Sports Philippines completed its dominant run in Dubai with a 92-81 blowout over Al Riyadi Lebanon to sweep the 31st DIBC in Dubai on Saturday, February 1 (Sunday, February 2, Philippine time).

This marks the Go for Gold-backed franchise’s first successful run in the annual tourney in 3 attempts since 2017.

Just last year, Al Riyadi rose as the eventual champion after ousting Mighty in the semifinals. However, that’s all in the past now as Renaldo Balkman erupted for 25 points on a 10-of-16 shooting to help seal the championship.

On fire since the start of the second half, Fil-Am guard Mikey Williams pushed the pileup as high as 21 points, 78-57, with a long two at the 9:06 mark of the final frame.

Although Al Riyadi import Dwayne Jackson almost singlehandedly helped trim the deficit to single digit, the former champions never got closer than 11 points as the visiting Philippine team seized the title from their grasp at the final buzzer.

Andray Blatche ended the tournament with yet another brilliant performance as he tallied a 21-point, 10-rebound double-double. Williams chipped in 13 markers while McKenzie Moore added 11 points off the bench.

Michael Efevberha gave the Filipino fans a scare with 21 points in the first half, but ultimately just finished with 26 markers as his team fell apart in the latter half.

Mighty Sports now goes back home with the title and a 7-0 record to boast of – a vast improvement from their one-win finish in their 2017 debut campaign.