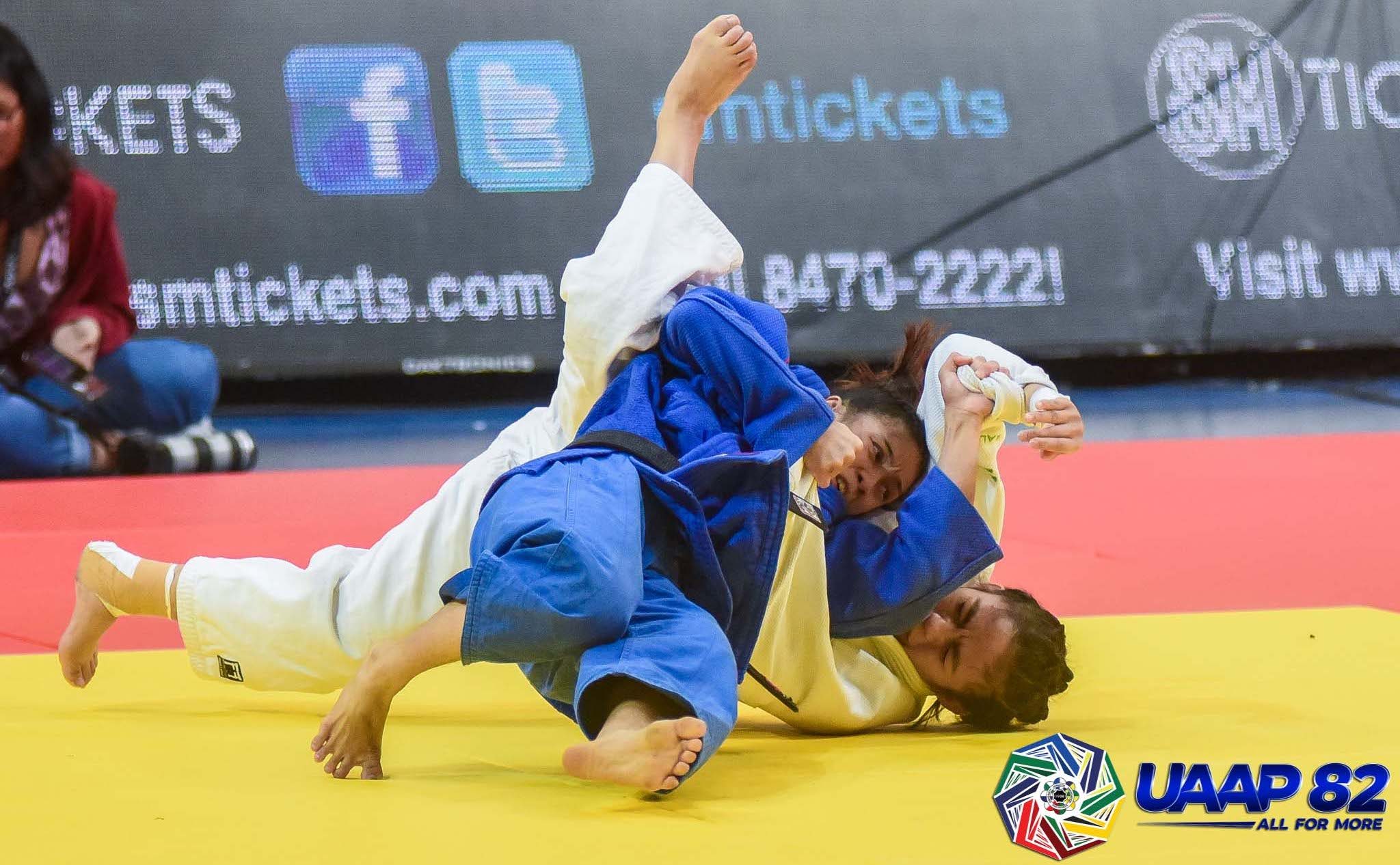 With team captain Jea Lopez leading the squad, the Lady Warriors finished on top after Day 1 of UAAP Season 82 women’s judo on Saturday, February 29, at the SM Mall of Asia Arena.

Lopez and the rest of Lady Warriors hold a precarious seven-point advantage over reigning five-time champion University of Santo Tomas, after ending the day with 19 points.

Meanwhile, her sister Leah also fended of a newcomer in Alyssa Baloy in the next heavier class, the extra-lightweight.

The elder Lopez finished the match in just 30 seconds after a swift throw for an ippon to get the gold. On the other hand, Leah had to endure a longer fight, but ultimately got a full point herself.

(The minor setback we had last year fueled the fire to aim for the championship. We just said that no one should give up because we know tha we can achieve this. We aim to make history. Before I leave the UAAP, I hope that I can give UE a championship for the first time.)