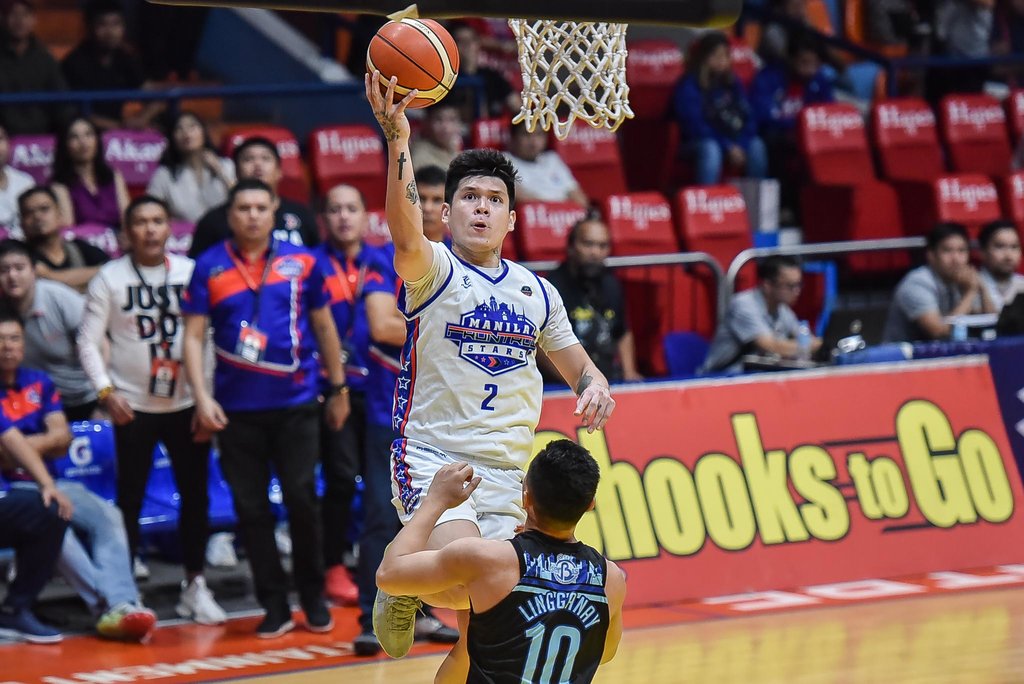 Lastimosa’s late-game exploits allowed the Stars to grab the series opener in the best-of-three North semifinals series against Makati, 77-74, in the 2019-2020 Chooks-to-Go MPBL Lakan Season on Friday, February 28 at the Fliol Flying V Centre in San Juan.

Makati climbed all the way back from an 11-point hole, unleashing 11 straight points to knot the game at 72-all with 44 ticks left, riding the hot hands of Rudy Lingganay.

That was when Lastimosa came to work.

Off a timeout, Manila team consultant Ariel Vanguardia drew up a play with Lastimosa in the corner as the main option and with Mark Dyke in the paint as the alternative.

Dyke was trapped inside and passed the ball to Lastimosa in the left corner.

Swish. Manila took the 75-72 advantage with 40.4 seconds remaining before putting the finishing touches from the stripe.

(We’re mentally tough and we’ve been doing those plays in practice, so maybe it went in because we’re used to that play.)

Jong Baloria had one final chance but his bailout triple badly missed.

But the 29-year-old scoring guard was quick to deflect credit to his teammates.

(We really bank on team work. Usually, we have 20-plus assists. I don’t take the credit, neither Aris nor Chris. Credit always goes to the team.)

Manila looks to finish the series on Wednesday, March 4, at their home turf at the San Andres Sports Complex.

In the other semis matchup, Mike Ayonayon lifted North kings San Juan-Go for Gold to an 86-84 victory over fourth seed Pampanga-ADG Group. – Rappler.com