Mar 5, 2020 11:08 AM PHT
Agence France-Presse
Facebook Twitter Copy URL
Copied
As the Olympic flame arrives in Japan this month, organizers plan to adjust the nationwide torch relay to prevent the spread of the new coronavirus 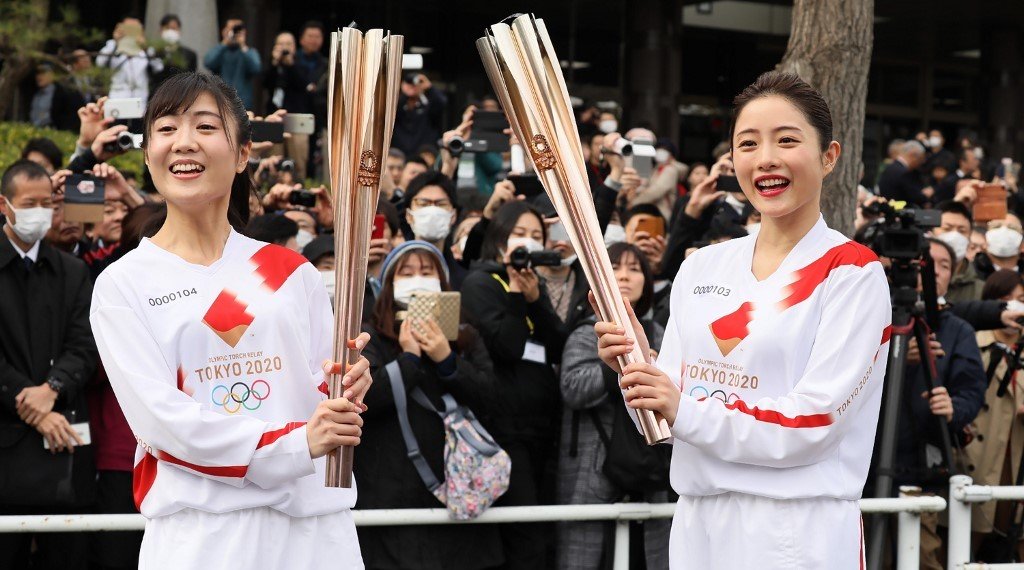 The Olympic flame is set to arrive in Japan on March 20 and depart less than a week later on a nationwide relay that will begin in Fukushima.

But with the spread of COVID-19, which has infected over 90,000 people and killed around 3,200 worldwide, questions have been raised about whether the Games can go ahead as planned.

Tokyo 2020 organizers insisted again Wednesday that they have no plans to cancel the Games, but acknowledged the relay may have to be adjusted – particularly after a call from the Japanese government for the cancelation, delay or downsizing of major events.

“The Organizing Committee will take all necessary and appropriate measures to prevent the spread of infection among runners, spectators, and operational staff,” the organizers said in a statement.

Runners and spectators will be asked to “refrain from participation” if they feel unwell and the organizing committee will “thoroughly monitor the health of runners and staff, including conducting temperature measurements and health checks,” the statement added.

The organizers also raised the possibility that audiences for parts of the relay could be limited, but said that specifics were still being worked out.

“Measures such as limiting the number of entrants to celebration venues and requesting the cooperation of spectators lining the relay route may be taken as necessary,” the statement said.

Tokyo 2020 chief executive Toshiro Muto said decisions would be made on a case-by-case basis as “situations differ from community to community.”

“Concrete measures to conduct the torch relay will be decided in consultation with prefectures at least one week before (the torch arrives),” he added.

He declined to give specifics on measures, repeating only that entry to some venues could be limited and spectators on the route asked “for their help in curbing the spread of infections.”

Local media reported earlier Wednesday that a welcome event for the flame in north-east Japan’s Miyagi would be scaled back from around 1,000 people to just 250.

Reports also said the public might be asked to view the start of the relay on March 26 on screens and televisions at home rather than at the site, a sports complex that was a staging ground for operations during the Fukushima nuclear disaster.

Tokyo 2020 organizers have been at pains to insist they have no plans to cancel the Games, and Muto said nothing had changed.

Organizers have been forced to adjust their test event schedule, postpone volunteer training and deal with rescheduling and cancelation of qualifying events.

Muto said the IOC had expressed “confidence” that the Games will start on July 25 and there had been no discussions about canceling the Games.

“We are working to deliver a safe Games and devoting all of our efforts to do that.”

Organizing committee president Yoshiro Mori put it more bluntly when asked how long Japan has to decide on any adjustments to hosting the Games.