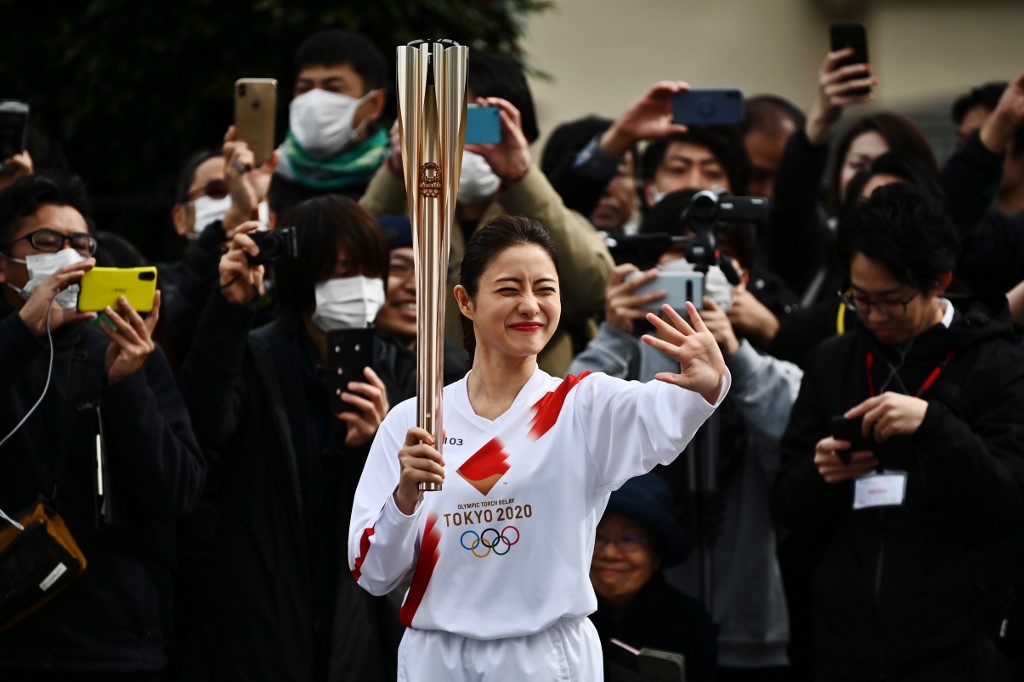 TOKYO, Japan – Japan has been forced to scrap plans to involve children in the Olympic torch handover and arrival ceremonies because of fears over the new coronavirus, Tokyo 2020’s chief organizer said on Friday, March 6.

Organizing committee head Yoshiro Mori called it a “heartbreaking decision” to cancel a performance of 140 children at the handover ceremony in Athens.

The announcement comes after organizers said they may have to scale back the torch relay and limit spectators because of concerns over spreading the deadly COVID-19.

“A performance by 140 children was scheduled at the handover ceremony in Athens on the 19th (of March), but we’ll put utmost priority on the safety of children and cancel their trip,” Mori told reporters.

The Olympic flame is set to arrive in Japan on March 20 but about 200 children will also have to miss the welcoming ceremony in Miyagi prefecture.

The torch will then embark on a nationwide relay starting in Fukushima, a disaster zone just 9 years ago after an earthquake-triggered tsunami swamped a nuclear plant and sent its reactors into meltdown.

Organizers have been scrambling to give assurances that the Olympics, from July 24 to August 9, remain on track despite the international outbreak of COVID-19.

The International Olympic Committee insisted this week that a potential cancelation or postponement of the Games due to the virus was “not mentioned” at a meeting of their executive board.

Japanese sports events from sumo to football have been canceled or moved behind closed doors as the outbreak grows, with 97,000 infections and more than 3,300 deaths in some 85 countries. – Rappler.com