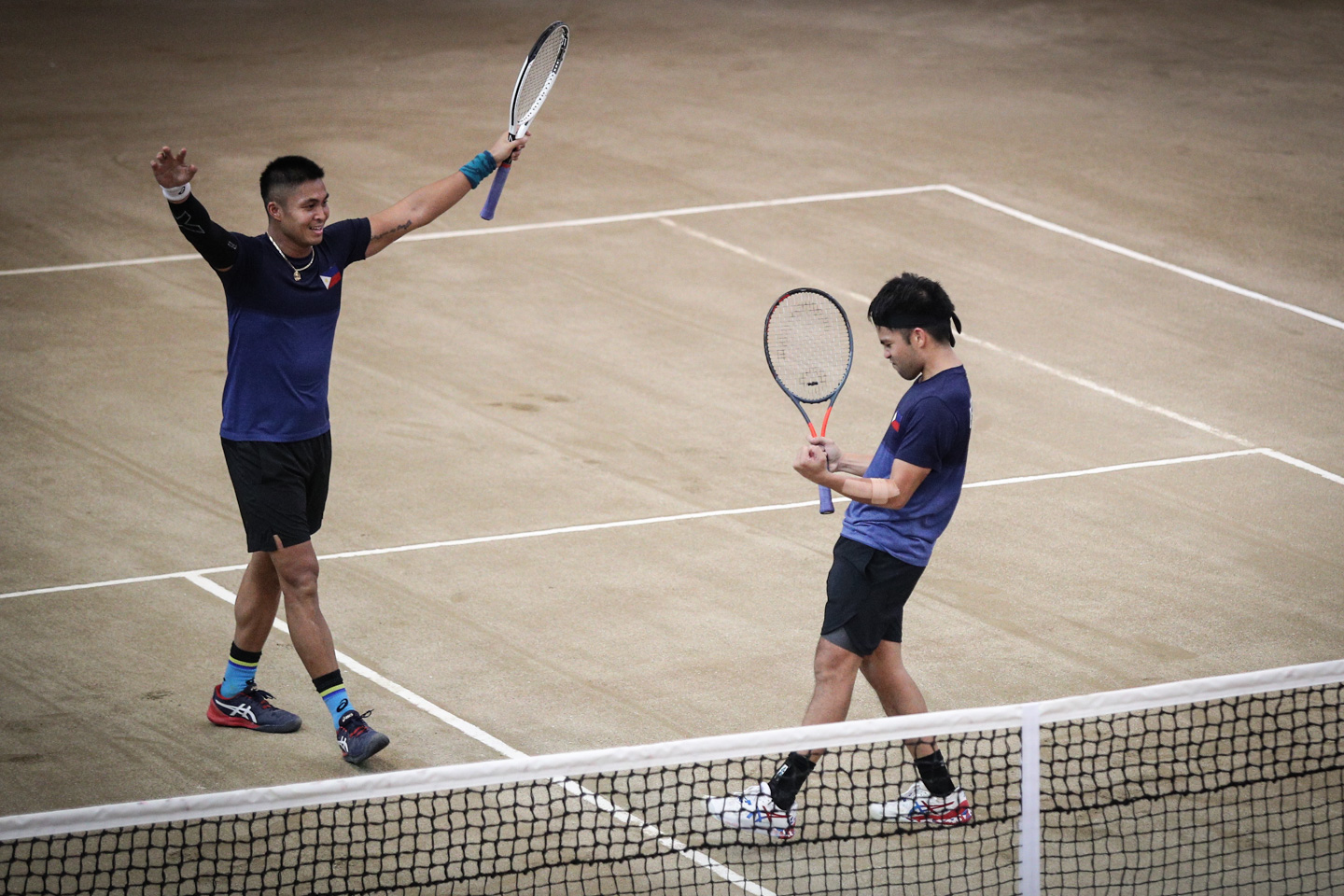 MANILA, Philippines – The Philippine duo of Francis Casey Alcantara and Ruben Gonzalez pulled off the improbable over powerhouse Greece led by world No. 6 Stefanos Tsitsipas in the Davis Cup World Group II playoffs.

The victory kept the country’s bid alive after Greece went to 2-0 in the tie on Friday, March 6.

“We got our momentum back and we started executing the things that we were talking about. I felt that we’re the better team, so if we could do that, we’re going to win,” said Gonzalez on their convincing win.

The result also forces Greek star Stefanos Tsitsipas to face Jeson Patrombon in the first reverse singles as he tries to win the tie for his country.

The Philippines got off to a rousing start as both pairs held their serves for a back-and-forth opening set.

After Greece broke serve to go up 4-3, the Philippines stayed focused and countered with its own break serve effort.

As the opening set was dragged into a tie-break, Alcantara and Gonzalez rode on their early 4-1 lead and denied Greece back-to-back points for the match advantage.

With a boost of confidence, the Filipino duo later managed to come back from a 1-3 disadvantage and close out the match with 4 straight games. – Rappler.com