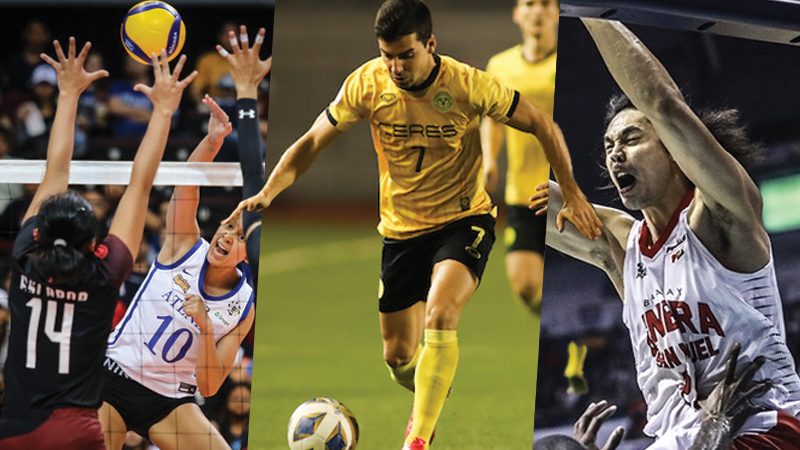 MANILA, Philippines (UPDATED) – As the number of positive coronavirus cases continues to rise  in the Philippines, local sports leagues are forced to cancel their events.

On March 9, the Department of Education (DepEd) announced that the 2020 Palarong Pambansa, originally set to be hosted by Marikina City on May 1 to 9, will be postponed.

The Philippine basketball 3×3 team had put its preparations on hold as the FIBA 3×3 Olympic Qualification Tournament set on March 18 to 22 at Bengaluru, India was suspended.

Prior to that, the match between Gilas Pilipinas and Thailand for FIBA Asia Cup 2021 Qualifiers, originally booked last February 20, was also postponed.

FIBA and Chooks-to-Go Pilipinas 3×3 also announced that the opening of the 2020 President’s Cup and the FIBA 3×3 World Tour Manila Masters will be postponed.

The President’s Cup was supposed to tip-off on March 29 at SM Fairview. The Manila Masters, on the other hand, was moved to August 15-16 at SM Megamall Fashion Hall instead of May 5-6.

The PBA decided to shorten its season, announcing on April 7 that it plans to hold only two conferences, or possibly even just one.

Following the postponement of the league, the PBA ordered on March 13 to cancel all team practices until March 27.

The UAAP decided to terminate Season 82 on April 7. Among the affected events are volleyball and football, which already started prior to the league suspension.

On March 14, the UAAP canceled all pending high school events. Thus, Game 3 of the Finals for girls basketball didn’t push through, making Adamson and UST co-champions.

The league had initially scrapped the regular format for college events, hoping that if the classes resume at the end of month-long class suspension and the prohibition of mass gatherings lifted, an alternative format for competitions will start on May 1.

Last March 10, the UAAP suspended all games in Season 82 until March 17. The suspension affected volleyball, football, softball, and baseball.

Before calling the season off, the finals games of UAAP juniors basketball in both boys and girls last March 9 were held behind closed doors as a preventive measure.

On March 19, the NCAA Policy Board decided to officially terminate Season 95. The officials, though, will still discuss the possibility of giving another playing year to the senior players.

A week earlier, the NCAA announced the postponement of all sporting activities this season until further notice.

The league had already postponed events effective February 14 before deciding on March 10 to extend the delay.

Also, the NCAA-South participated by colleges and universities in Region IV-A, suspended all its events starting March 10.

The ASEAN Basketball League (ABL) suspended the season indefinitely on March 13. This was after Alab Pilipinas and 3 other teams asked the league to halt the competition amid the virus outbreak.

Alab Pilipinas’ games had been shelved earlier as Singapore Slingers’ James McKay was put under observation after being on the same flight with a person who tested positive for coronavirus.

ABL postponed 4 games, including two games of Alab that were originally scheduled last March 8 and 10. Before that, the league already called off 15 games from February 8 to March 1.

The division finals of Maharlika Pilipinas Basketball League (MPBL) were suspended indefinitely, according to a statement released on March 12.

Game 3 of both North and South division finals were originally scheduled on March 14 before the league decided to move it to a later date.

The National Basketball Training Center (NBTC), originally set on March 21 to 27, was postponed and rescheduled to April 20 to 26 while the Coaches’ Convention was moved to April 24 to 26.

On March 23, the Philippine Superliga canceled the rest of the import-laced Grand Prix conference.

Initially, the commercial volleyball league only called off games until April 12, noting that it will resume 7 to 10 days after the suspension to give the teams some time to prepare and regroup.

Last March 10, the league decided to hold the games between PLDT-Chery Tiggo and Generika Ayala-Marinerang Filipina behind closed doors.

The Philippine Azkals will have to wait for a while off pitch after FIFA and the Asian Football Confederation (AFC) decided to postpone the World Cup qualifying matches in March and June, according to a statement released last March 9. The national team was supposed to meet Guam on March 26.

Ceres-FC, on the other hand, celebrated its 4-0 home victory against Bali United in an empty stadium. The 2020 AFC Cup game, held at the Rizal Memorial Stadium on March 11, was closed to the public.

The Philippine Rugby Football Union announced that all local competitions in Luzon will be postponed until April 18, including the 2020 JML Luzon Cup, the PRFU Premiership Shield and the Santos Knight Frank Junior Festivals.