No Olympic worries for Yulo after Baku World Cup loss 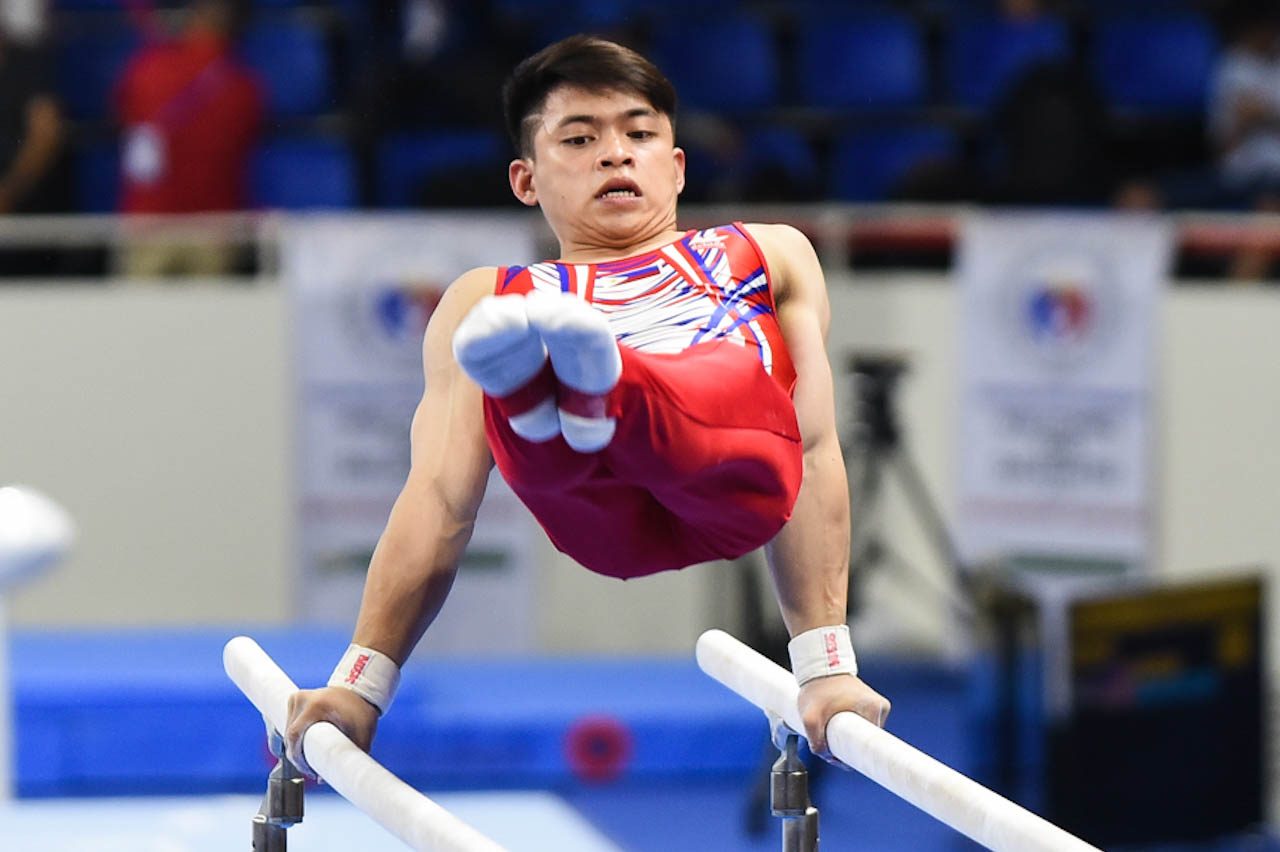 MANILA, Philippines (UPDATED) – World champion gymnast Carlos Yulo immediately moved on from his lackluster performances in the Fédération Internationale de Gymnastique (FIG) Apparatus World Cup in Baku, Azerbaijan as he gears up for high-intensity training camps in preparation for the Tokyo 2020 Olympics.

“”No [concerns at all for the Tokyo Olympics]. He’s still training hard as he is already qualified,” Gymnastics Association of the Philippines (GAP) president Cynthia Carrion told Rappler in a text message.

“He is studying his competitors from other countries. In the Olympics, he’ll do the individual all-around.”

Yulo, who skipped his signature floor exercise event, placed 26th in the parallel bars with a score of 11.9 while he fell to 14th in the vault due to a bad landing that only merited him a total score of 13.916. (READ: Carlos Yulo prepares for ‘surprise’ performance in Tokyo 2020 Olympics)

He failed to advance to the finals of both events as only the top 8 gymnasts make it through. However, organizers eventually canceled the final events slated Sunday, March 15 due to the coronavirus pandemic.

Other Filipinos in the competition were Jan Timbang, who placed 28th in the men’s floor exercises and 21s in the vault, and Justin de Leon who landed a 32nd place finish in the floor exercises.

FIG also indefinitely postponed several of its competitions due to the spiking number of confirmed coronavirus cases worldwide.

While the fate of the Tokyo 2020 Olympics is on the line due to the virus, it’s business as usual for Yulo as he returns to Japan to participate in training camps with the best gymnasts in the country.

The 4-foot-9 dynamo qualified for the Olympics last October in the world artistics gymnastics championships when he placed 18th out of 160 athletes to advance to the men’s individual all-around final.

He also made history by bagging the country’s first world gymnastics gold in the men’s floor exercise event.

The 20-year-old star gymnast also emerged as the Philippines’ most bemedalled athlete in the 2019 Southeast Asian Games with 2 golds and 5 silvers. – Rappler.com