French Open delayed to September due to coronavirus 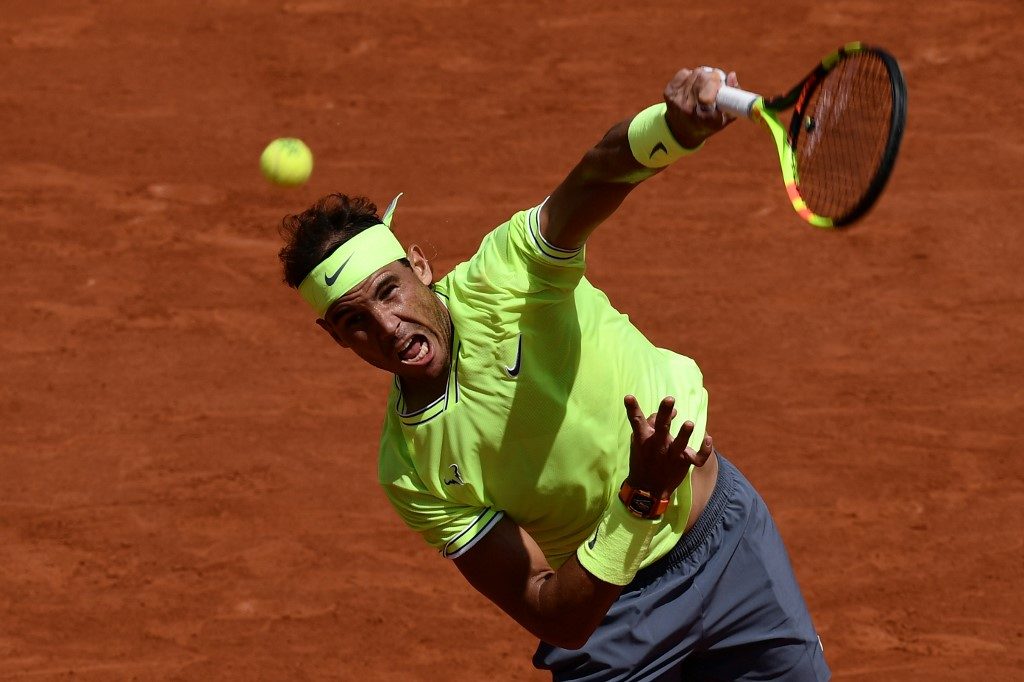 Facebook Twitter Copy URL
Copied
Although the decision to postpone the French Open ensures the 'health and safety of everyone involved,' some players slam the lack of communication

PARIS, France – The French Open has been postponed due to the coronavirus pandemic and will take place from September 20 to October 4, organizers said Tuesday, March 17 (Wednesday, March 18, Philippine time).

The Grand Slam event was to have taken place from May 24 to June 7, but organizers said: “The current confinement measures have made it impossible for us to continue with our preparations and, as a result, we are unable to hold the tournament on the dates originally planned.”

The new dates would mean the tournament would start just one week after the US Open, if that event remains in its scheduled slot.

“The whole world is affected by the public health crisis connected with COVID-19. In order to ensure the health and safety of everyone involved in organizing the tournament, the French Tennis Federation has made the decision to hold the 2020 edition of Roland Garros from 20th September to 4th October 2020,” read a statement.

“In order to act responsibly and protect the health of its employees, service providers and suppliers during the organization period, the FFT has chosen the only option that will allow them to maintain the 2020 edition of the tournament while joining the fight against COVID-19.”

European countries moved into near total lockdown on Tuesday in a bid to halt the rapid spread of the deadly coronavirus, with citizens across France ordered to remain indoors after President Emmanuel Macron declared a war on the outbreak.

FFT president Bernard Giudicelli said: “We have made a difficult yet brave decision in this unprecedented situation, which has evolved greatly since last weekend. We are acting responsibly, and must work together in the fight to ensure everybody’s health and safety.”

The revised dates will leave players contesting a clay-court Grand Slam in the middle of the traditional hard-court season, with limited opportunities to adjust to the slower surface.

Roland Garros will also now clash with a number of tournaments, including the Laver Cup in Boston, where Europe’s top players will take on a World team. Roger Federer has already committed to the event.

The decision from the FFT attracted strong criticism from Canada’s Vasek Pospisil, a member of the ATP player council.

“This is madness. Major announcement by Roland Garros changing the dates to one week after the US. Open. No communication with the players or the ATP… we have ZERO say in this sport,” tweeted Pospisil.

“This is such a difficult time. Everyone is being impacted by this catastrophe. Enhancing communication & working together to find solutions should be the priority. Not going Rogue & making selfish/arrogant decisions to further impact the tour in a negative way.”

“Excusez moi???” tweeted Osaka, while Romania’s Sorana Cirstea took issue with the method of communication. “What??? Again finding out through twitter…” she wrote.

Earlier this month, the joint men’s and women’s tournament at Indian Wells became the first major tennis event to fall victim to the coronavirus outbreak, when it was cancelled on March 8.

Last week, the ATP announced it was suspending the men’s tennis tour for six weeks “due to escalating health and safety issues” arising from spread of the virus, shortly after local officials called off the Miami Open.

All events on the ATP Tour and second-tier ATP Challenger Tour are cancelled until April 27.

The International Tennis Federation, which runs the lower tiers of the professional game as well as the junior and senior circuits, followed the ATP by announcing there would be no tournaments on any of its tours until April 20 at the earliest.

The WTA Tour said Monday it was suspending the women’s season until May 2, having already called off events in Bogota, Guadalajara and Charleston.

Next month’s Fed Cup finals in Budapest have also been postponed indefinitely.

The revamped 12-team women’s competition scheduled for April 14-19 as well as a series of playoff ties were both put on hold. – Rappler.com