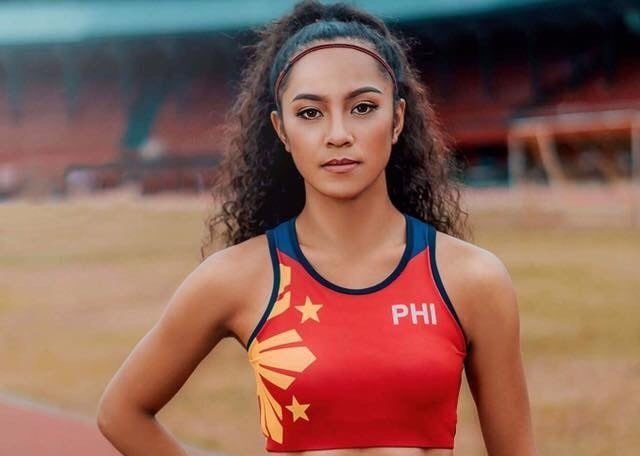 Thinking she got stagnant, Santos admitted to feeling tired and disappointed, which prompted her to resign from the squad.

(I wanted to quit, not just in 2018 when I resigned, but even before that. I wanted to stop, but I don’t know how to stop because I love the sport, but at the same time, you’re fed up with it.)

After a two-year hiatus, however, Santos felt a renewed drive and decided to return to the sport.

But the Southeast Asian Games long jump bronze medalist knows she needs to work her way up to regain a spot in the national team.

So even if she’s forced to stay at home in Baguio due to the coronavirus pandemic, Santos finds ways to to keep her fitness level up.

Aside from rediscovering her love for the sport, Santos said there’s another reason that fueled her desire to come back and represent the country again.

“We are lacking in women long jumpers and it’s sad to see that only Marestella [Torres] is jumping 6 meters now and that makes me sad also, so I wanted to come back, and you know, give pride to our country,” she said.

“I’m not saying I’m good enough for the country, but I will try my best.”

Santos tried the sport back in 6th grade, and proving to be a natural talent, quickly saw action in the district meet and the Palarong Pambansa.

She then entered Baguio National High School and took a special program for sports, where she had all athletes for classmates.

After finishing high school, a scholarship offer from University of Baguio came, and Santos admitted that’s when she really started taking athletics seriously.

During her first year in college, Santos’ main goal was to be in the national team so she made sure to train both in the morning and afternoon.

Her hard work paid off and by 2011, she donned the national colors for the first time to compete in the Vietnam Open Athletics Championships.

Santos secured a silver in her first international competition, recording 5.99 meters in the women’s long jump.

A few months later, Santos competed in the 2011 SEA Games in Indonesia, where she leaped to a 6.25m mark, good enough for a bronze medal. In the Games’ 2013 edition, she again picked up a bronze in the same event in  Myanmar.

The Baguio lass also dominated in local competitions as Santos copped a gold in the long jump event of the 2014 PSC-POC Philippine National Games.

The following year, Santos competed in the Philippine National Open-Invitational Athletics Championship and took home another gold, this time in the 100m dash where she clocked 11.99 seconds.

Santos shared  that back in grade school and high school, she also competed in sprint events, but still prefers the long jump competition.

In 2015, Santos registered a 6.40m leap at the 77th Singapore Open Track and Field Championships – a record that  turned out to be the fourth all-time best Philippine mark behind long jump greats Marestella Torres, Elma Muros-Posadas, and Lerma Buluitan-Gabito.

Another silver medal followed in 2016 as Santos tallied 6.03m at the University of Washington Indoor Preview.

Although she’s now pushing 30, Santos thinks she has a lot more to offer. It may be a leap to the unknown, but she’s much committed this time. – Rappler.com