NeoPhoenix boss in awe of Thirdy: ‘He is like an American’ 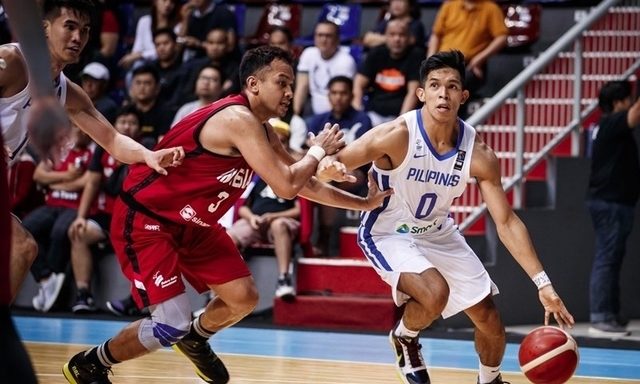 MANILA, Philippines – San-en NeoPhoenix chief executive officer Kenjiro Hongo gushed over the abilities of Thirdy Ravena as the B.League team welcomed the addition of the Filipino guard as an Asian import.

Ravena made history after becoming the first player to sign under the “Asian Player Quotas” system of the Japanese league.

“I could not believe when I saw Thirdy. He is like an American,” said Hongo in an online press conference on Friday, June 26.

“Thirdy is the best player in his country and signing him means a lot to me. I’m looking forward to showing him in the B.League.”

The NeoPhoenix are coming off a rough season, compiling a lowly 5-36 record in the first division before the coronavirus pandemic shut the league down.

Eager to redeem themselves next season, the NeoPhoenix decided to tap the services of Ravena, who led the Ateneo Blue Eagles to 3 straight UAAP championships and won 3 consecutive Finals MVP plums.

Ravena also proved he can shine in the international stage, keying Gilas Pilipinas to a rousing 30-point road win over Indonesia in the first window of the FIBA Asia Cup 2021 Qualifiers last February.

“The reason why we recruited him is his play style will fit our team. We really like to use an Asian import and we were trying to find a guy and Thirdy is the best guy to be a part of our organization,” Hongo said.

Although Ravena usually plays the shooting guard and the small forward positions, the NeoPhoenix look to utilize him for a different role.

“He is very powerful and speedy so he is fun to see. He can play as a point guard so I’m sure he will dominate the game,” Hongo said.

The NeoPhoenix have yet to bring Ravena to Japan because of travel restrictions imposed due to the pandemic, but the 23-year-old said he is keen on representing the team and immersing himself in the culture.

“I cannot wait to see what it is like to live in Japan because I have heard a lot of great things,” Ravena said. – Rappler.com